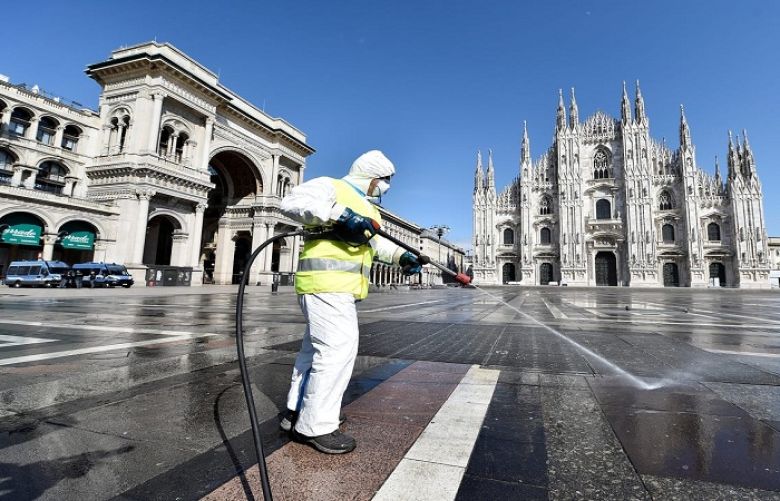 Prime Minister asked Italians to get immunized against Covid, faulting the people who were not for "a large portion of the issues we confronting", as Italy again fixed its Covid-19 guidelines.

The measures were introduced in the face of a sharp rise in infections in Italy, the first European country hit by coronavirus in early 2020, which has since recorded almost 140,000 Covid-19 deaths.

At a press conference, Draghi emphasised that despite the rising cases -- another 100,000 were reported on Monday -- the situation was different from last winter when the vaccination campaign had yet to begin and lockdowns were required to stop hospitals becoming overwhelmed.

"Most of the problems we are facing today depend on the fact that there are unvaccinated people," he said.

"Unvaccinated people have a much higher chance of developing the disease and severe forms of the disease," he said, saying they were putting hospitals under pressure -- and urging "all the Italians who are not yet vaccinated to do so".

More than 86 percent of people over the age of 12 in Italy are fully vaccinated, while 23 million of the 60-million-strong population have had a booster jab.

Vaccines are also open to children aged five and over.

The government is also making vaccines obligatory for the over 50s from next month.

The majority of schools opened Monday for a new term despite calls from headteachers, the doctors' union and some mayors to delay the return to class for at least two weeks.

Hundreds of councils across the country kept their schools closed, according to media reports, but Draghi repeated that keeping children in class was a priority.

"We want to be careful, very careful, but also try to minimise the economic and social effects and above all the effects on boys and girls who have been affected more than others by the closures, from a psychological and educational point of view," he said.

The high number of cases is also having an economic effect -- Trenitalia said Monday it had cancelled 180 regional trains due to staff shortages.

The so-called Super Green Pass showing proof of vaccination or recent recovery is required in almost all public places and on public transport until March 31, while FFP2 masks are mandatory in many places.

Unvaccinated residents on Italy's small islands, which had warned they risked being cast into "forced exile" by the new rules, have been permitted to travel with a negative Covid test until February 10 for health or educational reasons.