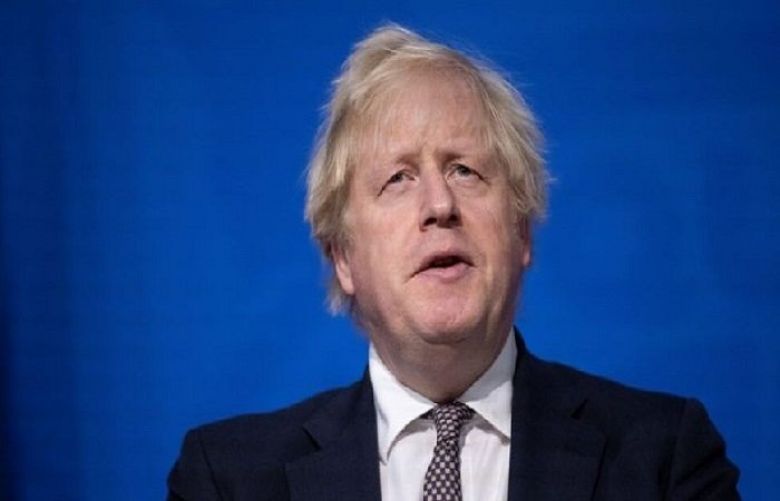 Britain announced new measures on Saturday to try to slow the spread of the newly identified Omicron coronavirus variant and a top health official said there was a "reasonable chance" that vaccines could be less effective against it.

Prime Minister Boris Johnson said arrivals from all countries would have to self-isolate until receiving a negative result from a PCR test, that face masks must be worn in retail settings and it was time to step up booster jabs.

"We need to buy time for our scientists to understand exactly what we are dealing with," he told a news conference.

Johnson said those who had come into contact with people testing positive for a suspected case of Omicron would have to self-isolate for 10 days and that face masks must be worn in shops and on public transport but not restaurants and pubs in England.

England's Chief Medical Officer Chris Whitty told the same news conference there was a reasonable chance that the newly identified variant could be less easy to tackle with vaccines.

"There is a reasonable chance that at least there will be some degree of vaccine escape with this variant," he said.

Health minister Sajid Javid confirmed earlier on Saturday the first two cases of the new variant in Britain, saying they were linked to each other and connected to travel to southern Africa.

The two individuals and all members of their households were being re-tested and told to self-isolate while further testing and contact tracing was done.

England will also add Malawi, Mozambique, Zambia and Angola to its travel "red list" from 0400 GMT on Sunday, meaning British and Irish residents who arrive in the country must quarantine in a government-approved hotel for 10 days. Non-residents will be refused entry.