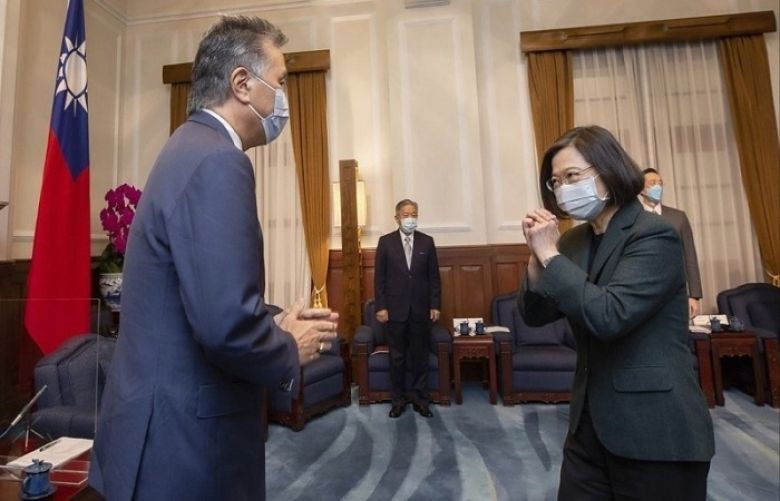 The Chinese army has carried out a “naval and air force combat readiness patrol” near the Taiwan Strait following a contentious visit to the island by a group of American lawmakers, a spokesperson said.

Tensions between Beijing and Washington have soared over the fate of democratic self-ruled Taiwan, which China has vowed to one day retake, by force if necessary.

A group of American lawmakers arrived on the island Thursday offering support for the Taiwanese authorities, who Beijing accuses of seeking independence for the island.

In response, the Chinese army on Friday carried out “a naval and air force combat readiness patrol in the direction of the Taiwan Strait,” a spokesperson for the Eastern Theater Command said in a statement.

“This is a necessary measure in response to the current situation in the Taiwan Strait,” they added, pledging the army would “protect sovereignty and territorial integrity of the nation.”

“The army will continue to be on high alert and take all necessary measures to counter, at any time, any interference by external forces and any conspiracy by separatists aiming at the so-called ‘Taiwan independence’.” No other information about the drills was given.