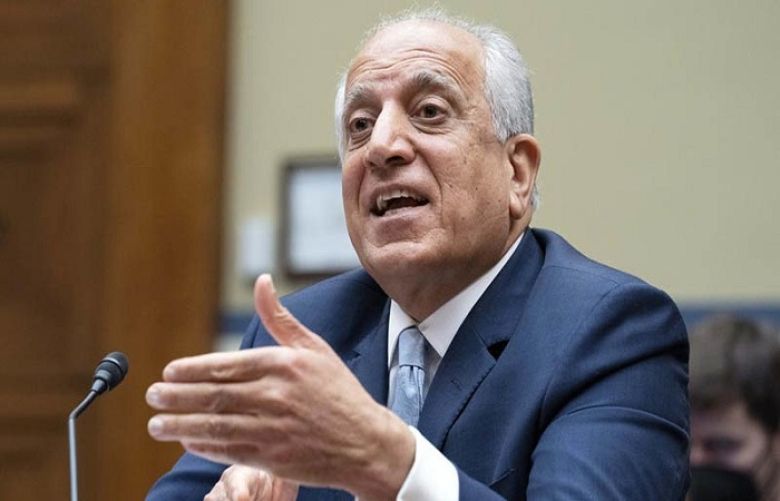 ormer US special representative for Afghanistan Reconciliation, Zalmay Khalilzad, has said the US was losing the war to the Taliban, so it chose peace negotiations as an alternative.

Khalilzad, who had stepped down as special Afghan envoy earlier this month, said the US military tried many times to strengthen its position on the battleground, but it failed.

In an interview with CBS News’ “Face the Nation” show, Khalilzad shared his opinion on what went wrong during the last days of the Afghan withdrawal.

“The negotiation was a result of — based on the judgment that we weren’t winning the war and therefore time was not on our side and better to make a deal sooner than later.” Khalilzad blamed the then-president Ashraf Ghani for the disintegration of Afghanistan’s security sector, saying his escape triggered chaos in the Afghan capital.

He said the Taliban were in discussions with him about forming a power-sharing government and including some officials of the Ghani administration in the next setup. All these things did not happen because Ghani did not stay, he said.

Khalilzad said Ghani did not want to let go of power, and discredited the former Afghan president's remarks about fleeing Kabul to avoid bloodshed, saying they were not true.

“So, the question is, why did President Ghani do what he did? If he was willing to step aside for the sake of peace, imagine if he had offered that a year ago, six months ago — that somebody that’s mutually acceptable could have led the government. But he did not,” he said.

According to Khalilzad, the US has largely succeeded in suppressing Al Qaeda, which was the reason it went to Afghanistan — but has failed in building a democratic Afghanistan.

He said the two decades of US involvement has transformed Afghanistan and now “the Taliban are going to have a hard time putting them back in the box the way they had put people in the 1990s.”

Khalilzad said the US wanted a different outcome for Afghan peace talks, preferably a power-sharing government with the Taliban instead of what happened on August 15.

He said the Taliban have lived up to its promise of cutting ties with terrorist groups and not allowing Afghanistan to be used for staging attacks against the US and its allies. “They are not allowing plotting and planning operations by Al-Qaeda against the United States,” he said.

According to Khalilzad, if the Taliban do not form an inclusive government and do not respect the rights of Afghans, the relationship between Afghanistan and the US will not become normal.

Khalilzad also warned of a possible civil war if the Afghan economy collapses.

He said if the “Taliban don’t move toward more inclusiveness, respecting the rights of the Afghan people, and then honoring their commitment to us on terrorism, there will be no move towards normalcy and there shouldn’t be. There should be no release of funds. So their economy could collapse and in that collapse, a new civil war could start.”

Khalilzad said Afghanistan has many problems, and the US should help it come to an agreement on a formula that is acceptable by urban and rural Afghans, and by secular and religious Afghans, to end troubles in the country.