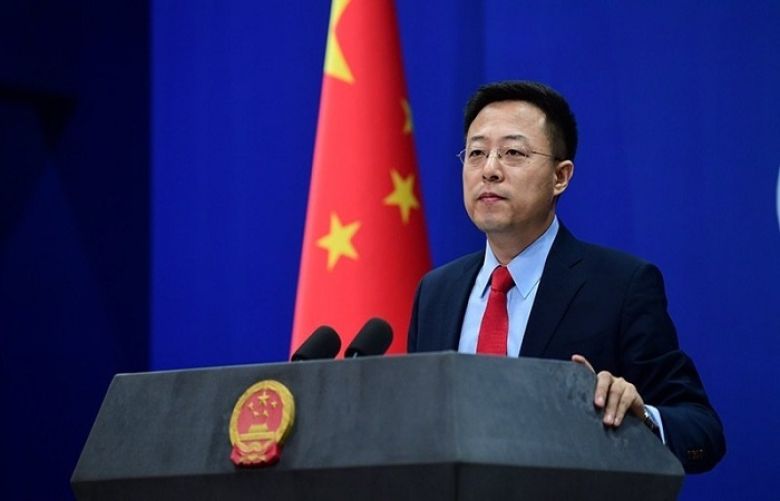 China on Monday denied a report it had recently launched a hypersonic missile, saying it tested a spacecraft to trial reusable technologies.

The Financial Times reported that Beijing had launched a nuclear-capable missile in August that circled the Earth at low orbit before narrowly missing its target.

FT sources said the hypersonic missile was carried by a Long March rocket and that the test had been kept under wraps.

But China said on Monday the report was inaccurate and the exercise was a test of reusable technology that could reduce the cost of launching spacecraft.

“According to my understanding, this test is a routine spacecraft test, used to test a reusable spacecraft technology,” foreign ministry spokesman Zhao Lijian told reporters.

“This could provide a convenient and cheap way for humans to use space for peaceful purposes.” When asked directly if the FT report was inaccurate about the missile, Zhao replied “yes”.

Along with China, the United States, Russia and at least five other countries are working on hypersonic technology.

But ballistic missiles fly high into space in an arc to reach their target while a hypersonic flies on a trajectory low in the atmosphere, potentially reaching a target more quickly.

Crucially, a hypersonic missile is maneuverable — making it harder to track and defend against.

Countries including the United States have developed systems to defend against cruise and ballistic missiles, but their ability to track and take down a hypersonic missile remains in question.

China has been aggressively developing the technology, according to a recent report by the US Congres­sional Research Service.

The FT report said Beijing’s progress in the field had “caught US intelligence by surprise”.