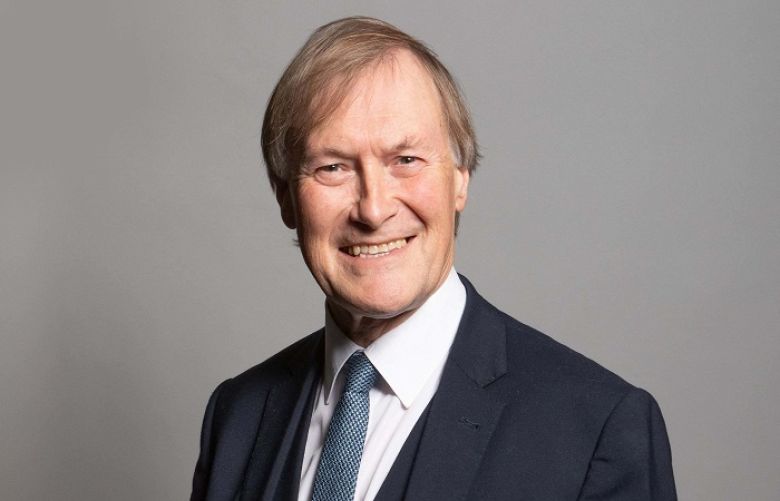 Conservative British lawmaker David Amess was killed on Friday after being stabbed “multiple times” during an event in his local constituency in southeast England, in the second death of a UK politician while meeting voters since 2016.

Local police did not name Amess but said a man had been arrested “on suspicion (of) murder” after another man had been stabbed and died in Leigh-on-Sea.

“We are not looking for anyone else in connection with this incident,” said Essex police, adding that the man in custody was aged 25, and a knife was recovered.

The force said officers had earlier responded to “reports of a stabbing” shortly after 12:05pm (1105 GMT).

British media, including Sky News and the BBC, identified the victim as the 69-year-old politician from Prime Minister Boris Johnson's ruling Conservative Party.

Transport Secretary Grant Shapps called Amess “a dedicated, thoughtful man and a true parliamentarian, who lost his life while serving the constituents who he worked relentlessly for throughout his career”.

Amess is the latest British MPs to have been attacked at his weekly constituency “surgery” with voters, which are typically held on Fridays when parliament is not sitting.

Pro-EU lawmaker Labour MP Jo Cox was murdered by in 2016 in the run-up to the Brexit referendum.

The Jo Cox Foundation, which was set up in her memory, tweeted that it was “horrified to hear the news of the attack” on Amess. “We are thinking of him, his family and loved ones at this distressing time,” it added.