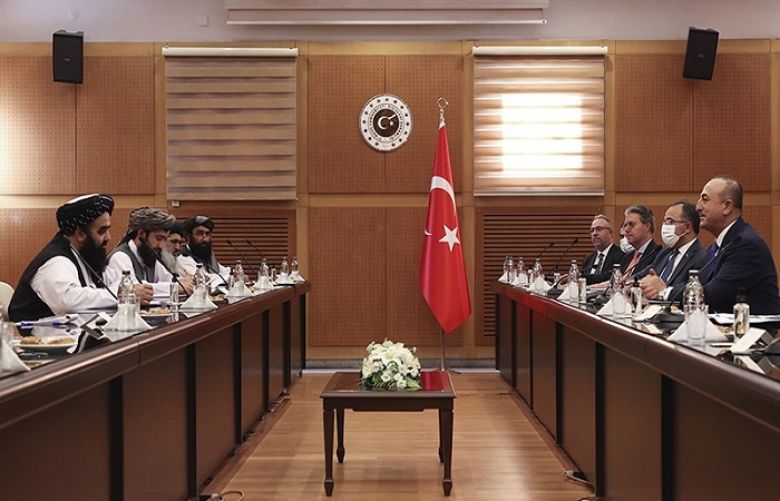 Turkey said on Thursday it was ready to help the Taliban overcome Afghanistan’s humanitarian crisis, but would not recognise its rule as it hosted the war-scarred country’s new leaders for the first time.

Muttaqi arrived in Turkey following talks with US and European envoys in Doha during which he warned that Western sanctions on the Taliban threatened to further undermine security in Afghanistan.

Cavusoglu supported that message after the closed-door talks in Ankara.

“We have told the international community about the importance of engagement with the current Taliban administration. In fact, recognition and engagement are two different things,” Cavusoglu said.

“The Afghan economy should not collapse. Therefore, we have said the countries that froze Afghanistan’s accounts abroad should act more flexibly so that salaries can be paid.”

The World Bank halted its funding projects in Afghanistan after the Taliban swept back to power in August.

Turkey has sought to use its position as the only Muslim-majority member of the Nato defence alliance to secure a greater role in Afghanistan after the US troop withdrawal.

But its offer to provide security for Kabul’s airport — the main point of access for humanitarian aid — has been rejected by Taliban leaders and the sides made no apparent progress on the issue during their most high-level talk to date.

Cavusoglu said he reaffirmed to Muttaqi that ensuring security at the airport was vital before regular flights could resume.

“Today we explained to them once more the expectations on the issue of security — not only ours but the entire international aviation community — for running the airport and especially the start of regular flights,” he said.

Cavusoglu added that he urged the Taliban to give girls open access to education and allow women to return to their jobs.

“We asked them not to see this as a precondition or a demand, but that this is also the expectation of the other Muslim countries,” he said.

Muttaqi issued no immediate comments after the talks.