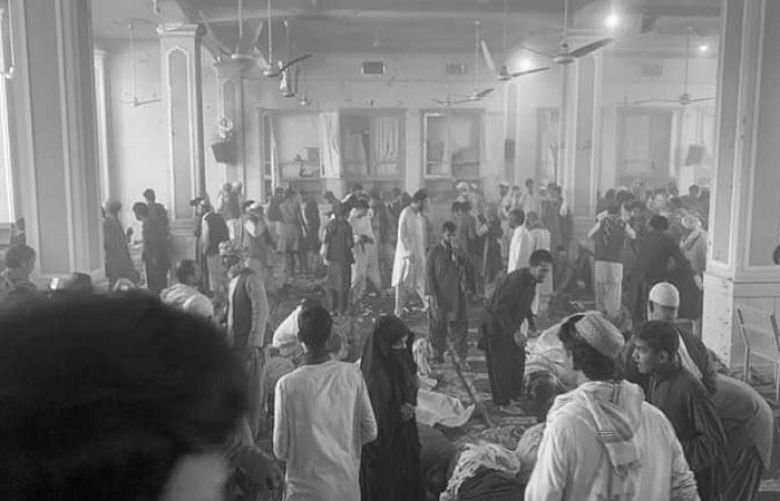 At least  32 worshippers were martyred and 53 wounded when an explosion hit a Shia mosque in the Afghan city of Kandahar on Friday, a hospital spokesman told AFP.

“Thirty-two bodies and 53 wounded people have been brought to our hospital so far,” the medic in the southern city's central hospital said.

The cause of the blasts was not immediately identified, but it came exactly a week after a suicide bomb attack on Shia worshippers in the northern city of Kunduz, that was claimed by the militant Islamic State group.

Khosti said authorities were collecting details of the explosion.

“We are saddened to learn that an explosion took place in a mosque of the Shia brotherhood in the first district of Kandahar city in which a number of our compatriots were martyred and wounded,” he said in a tweet.

“Special forces of the Islamic Emirate have arrived in the area to determine the nature of the incident and bring the perpetrators to justice.”

Photographs posted by journalists on social media showed many people apparently dead or seriously wounded on the floor of the mosque.

An eyewitness told AFP he heard three explosions, one at the main door of the mosque, another at a southern area, and a third where worshippers wash themselves.

Another witness said three blasts rocked the mosque in the centre of the town during Friday prayers.

Nematullah Wafa, a former member of the provincial council, said the blast occurred at the Imam Bargah and caused heavy casualties but there was no immediate confirmation of the number of dead and wounded.