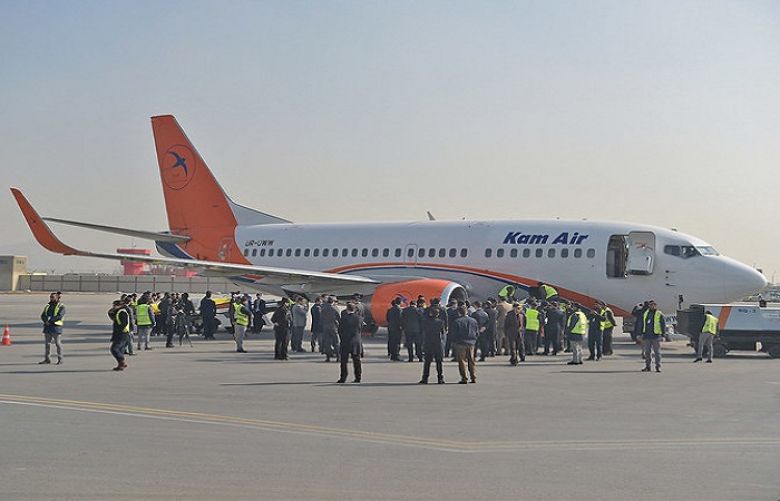 Madrid was awaiting the arrival of Afghans who had worked for Spain, whose evacuation it had arranged via Pakistan, the Spanish prime minister’s office said Monday.

It said that the ministers "will greet the first flight with Afghan refugees arriving from Islamabad on Monday at 9:00 pm (1900 GMT) at the Torrejon de Ardoz airbase" near Madrid.

Spanish media reported that Madrid would bring close to 250 Afghan citizens, who entered Pakistan in advance and would be flown out on military transport planes.

It was not clear when the second flight is expected.

Spanish evacuations have been weeks in the making, with Foreign Minister Jose Manuel Albares visiting Pakistan and Qatar in early September to lay the groundwork.

Madrid evacuated over 2,000 people, most of them were Afghans who had worked for Spain and their families, during the western withdrawal as the Taliban seized power in Kabul in August.

But the flights had to stop once the last American troops that had been protecting the Afghan capital’s airport left.

Prime Minister Pedro SÃ¡nchez said in August that Spain would not "lose interest in the Afghans who had remained" in their country but wanted to leave.

The European Union’s top diplomat, Josep Borrell, on Friday urged the bloc’s member states to host a "minimum" of between 10,000 and 20,000 more Afghan refugees.

"To welcome them, we have to evacuate them, and we are getting down to it, but it’s not easy," he said in Madrid.

The EU has said a demand by the UN High Commissioner for Refugees to take in 42,500 Afghan refugees over five years can be achieved — although any decision lies with member states.