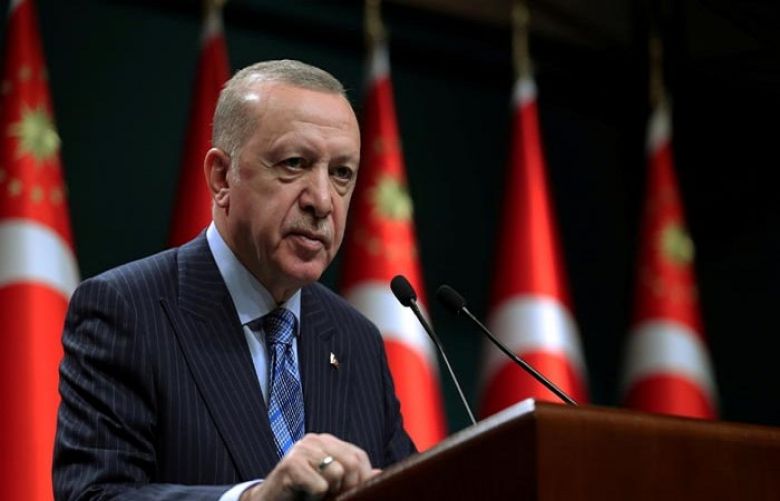 Turkish President Recep Tayyip Erdogan on Friday said Ankara held first official talks with the Taliban in Kabul, as the situation rapidly changes in Afghanistan after the group's take over.

Turkey has not made a final decision on a Taliban request for support to run the Kabul airport after foreign forces withdraw over security concerns and uncertainty in Afghanistan, Erdogan said, adding talks were still underway.

Turkey — which is part of the North Atlantic Treaty Organization (NATO) mission — has been responsible for security at the airport for the last six years.

Erdogan, speaking to reporters, said discussions were held at a military facility at the Kabul airport where Turkey’s embassy is temporarily stationed, according to Al Jazeera.

“We have held our first talks with the Taliban, which lasted three and a half hours,” the Turkish leader said, adding: “If necessary, we will have the opportunity to hold such talks again.”

Meanwhile, two officials told Reuters Turkey will not help run Kabul airport after NATO's withdrawal unless the Taliban agree to a Turkish security presence after deadly attacks outside the airport highlighted the perils of any such mission.

The Taliban have asked Turkey for technical help to run the airport after next Tuesday's deadline for all foreign military forces to pull out of Afghanistan, an ultimatum they say applies equally to Turkish troops.

Keeping the airport open after foreign forces hand over control is vital not just for Afghanistan to stay connected to the world but also to maintain aid supplies and operations.

On Thursday, just days before the military withdrawal deadline and as countries were still racing to evacuate civilians, at least one Daesh suicide bomber killed 85 people, including 13 US soldiers, outside the airport gates.

One senior Turkish official said the attack raised doubts about the Taliban's ability to secure the airport or to keep any Turkish operational staff safe.

"The operation can be done by Turkey technically [...] but our demand is that security should be ensured by Turkey too, through an extensive security team made up of former soldiers, former police, or a fully private firm," said the official, who spoke on condition of anonymity.

"We have not been keen on Turkey operating the airport in an atmosphere where security is provided by the Taliban, and the attacks yesterday showed this was correct."

High risks
President Erdogan told reporters that Turkey was "not in a rush to start (commercial) flights or any such things" and that Ankara would decide "when there is finally calm there (in Kabul)".

The senior official said talks with the Taliban had been "negatively impacted" by the airport attacks and that future international flights from Kabul were at risk of being closed off. He did not say when the next contacts would take place.

Another Turkish official said security measures announced by the Taliban, including manning watchtowers around the airport, were not enough to ensure the safety of a potential Turkish mission.

"It's a very serious job and we need to think of security and operation together," the official said. "Our approach is that even if security is not provided by the Turkish Armed Forces, it should be done by Turkey."

At least 350 Turkish soldiers and some 1,400 other people have been evacuated by Turkey from Afghanistan since the Taliban captured Kabul on August 15.

Turkey has praised what it described as moderate statements by the Taliban since their takeover but said their actions will determine Ankara's position.