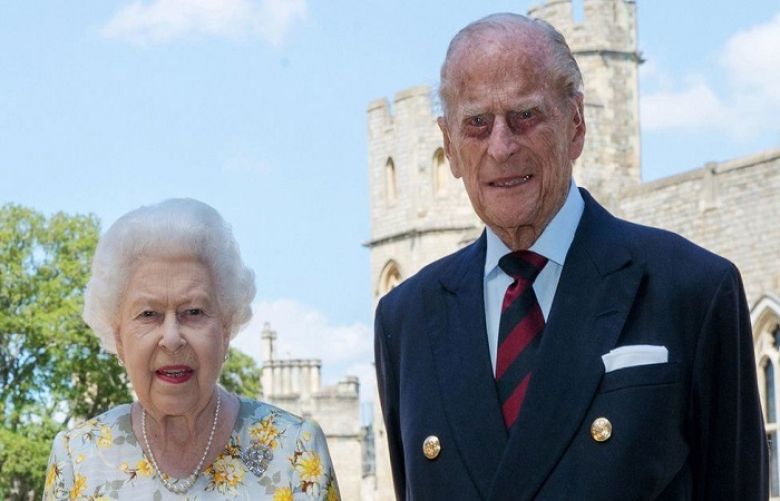 The Duke of Edinburgh, as he was officially known, had been by his wife’s side throughout her 69-year reign, the longest in British history, during which time he earned a reputation for a tough, no-nonsense attitude and a propensity for occasional gaffes.

“It is with deep sorrow that her majesty the queen announces the death of her beloved husband, His Royal Highness The Prince Philip, Duke of Edinburgh,” the palace said in a statement.

“His Royal Highness passed away peacefully this morning at Windsor Castle. Further announcements will be made in due course. The Royal Family join with people around the world in mourning his loss.”

Prince Philip had been unwell for the past several months and had been admitted to the hospital for a week in February as a precaution. Buckingham Palace had said at the time that he was expected to remain at the hospital for a few days for observation.

A Greek prince, he married Elizabeth in 1947, playing a key role in modernising the monarchy in the post-World War Two period, and behind the walls of Buckingham Palace being the one key figure the queen could turn to and trust.

“He has, quite simply, been my strength and stay all these years,” Elizabeth said in a rare personal tribute to Philip made in a speech marking their 50th wedding anniversary in 1997.

A blunt-speaking naval officer, who as Queen Elizabeth’s dutiful consort helped modernise the British monarchy, Prince Philip might be best remembered for his gruff public persona.

Outspoken and irascible, Philip lived in the shadow of the woman he married at Westminster Abbey in 1947 and always walked a step behind the queen at the thousands of ceremonial events they attended during her reign, the longest in British history.

Though he had no official role, Philip, the Duke of Edinburgh, was one of the most influential figures in the royal family for more than 70 years. He died aged 99 on Friday.

However, the prince had already taken more of a back seat since he retired from public life in 2017, with many of his official roles being taken on by other members of the family.

“His Royal Highness The Duke of Edinburgh has decided that he will no longer carry out public engagements from the autumn of this year. In taking this decision, The Duke has the full support of The Queen," a statement from the palace had said at the time.

While Philip was often criticised for his demeanour and sometimes brusque remarks, friends said that as Queen Elizabeth II’s closest confidant he brought wit, impatient intelligence and unflagging energy to the monarchy.

“He has, quite simply, been my strength and stay all these years,” Elizabeth said in a rare personal tribute to Philip during a speech to mark their 50th wedding anniversary in 1997.

“I, and his whole family, and this and many other countries, owe him a debt greater than he would ever claim, or we shall ever know.”

If Philip harboured frustration at his life as consort, he never publicly showed it.

But in a tetchy interview with the BBC to mark his 90th birthday, he did reveal that in the early days he struggled to find a role for himself.

“There was no precedent. If I asked somebody ‘what do you expect me to do?’ they all looked blank — they had no idea, nobody had much idea,” he said.

Born in an age of deference to monarchy, Philip helped Elizabeth navigate the political and social upheaval of the 20th century to craft a monarchy fit for a different time.

Often facing a deeply traditional court, he reformed the palace and tried to harness the growing power of television to project royal influence.

He pushed for the queen’s coronation in 1953 to be televised live and behind the scenes removed outdated behaviour in the palace he regarded as stuffy. He was the first royal to do a TV interview.

However, later in life Philip was criticised for impeding the monarchy’s ability to adapt to the times, and detractors partly blamed his overbearing manner for his children’s failure to produce happy families.