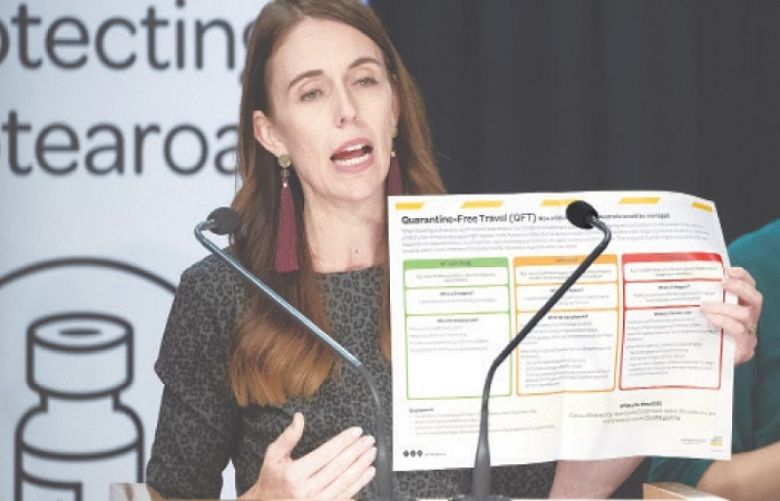 New Zealanders and Australians rushed to book flights on Tuesday as the beleaguered tourism industry welcomed the “lifeline” of a travel bubble between the largely coronavirus-free neighbours.

Jim Boult, the mayor of New Zealand’s Queenstown, called the move a “saviour for businesses”.

“This is the lifeline we needed; this is what we’ve been asking for,” he said.

Air New Zealand and Qantas announced they were ramping up flights as thousands of tickets were sold immediately after Ardern’s announcement.

A spokesman for Australian flag carrier Qantas said tickets to New Zealand were “selling like hot cakes” with a strong “load” to Queenstown, which is billed as the country’s “Adventure capital”.

The travel bubble comes more than a year after New Zealand closed its doors in response to the pandemic and six months after Australia allowed Kiwis to fly into selected states without the need to quarantine.

Before Covid-19 brought New Zealand’s tourism industry to its knees, it was the country’s biggest export industry, with Australians accounting for about 40 per cent of the international visitors and contributing more than NZ$2 billion (US$1.4 billion) to the economy.

The trans-Tasman route is also Australia’s busiest international aviation market with travellers from New Zealand accounting for 18 per cent of all air arrivals and spending A$1.6 billion (US$1.2 billion) annually on travel and tourism.

“I cannot see or point to any countries in the world that are maintaining a strategy of keeping their countries Covid-free whilst opening up international travel between each other,” she said.

“That means in a way we are world leading.” Australia Prime Minister Scott Morrison said he appreciates the arrangement. “We welcome them back as indeed Kiwis will be welcoming Aussies,” he said.

Last week, the tiny Pacific island nation of Palau, one of the few countries never to have had a Covid-19 case, opened a travel bubble with virus-free Taiwan.