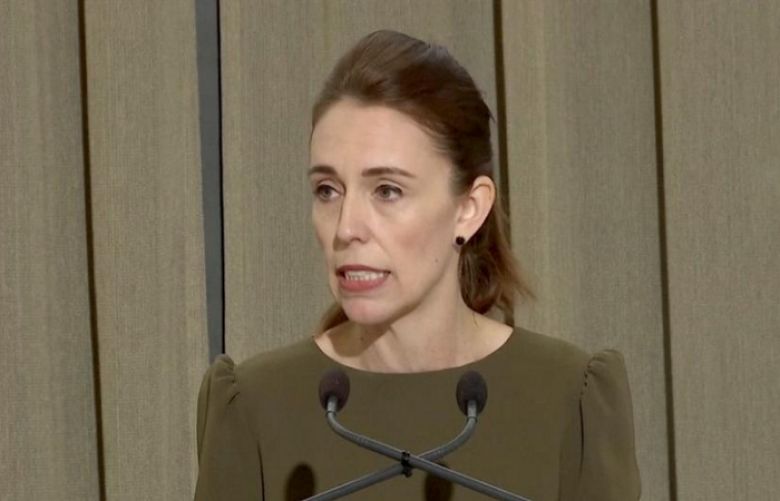 New Zealand Prime Minister Jacinda Ardern angrily accused Australia on Tuesday of shirking its responsibility for a dual national arrested in Turkey with alleged links to the militant Daesh group.

Ardern said the woman had been a dual Australian-New Zealand citizen until authorities in Canberra cancelled her passport, leaving her situation to Wellington to deal with.

In an unusually blunt message to her counterpart Scott Morrison, Ardern said Canberra was “wrong” to expect New Zealand to accept the woman, who she said had strong ties to Australia.

“Any fair-minded person would consider this person an Australian and that is my view too,” Ardern said in a statement. “We believe Australia has abdicated its responsibilities.”

The 26-year-old woman was arrested with her two children near the Syrian border this week by Turkish authorities, and identified as a member of the militant Islamic State group.

Local media reported the woman had been taken to a Turkish court in the southeastern province of Hatay for interrogation.

The Turkish defence ministry described the family as New Zealand nationals who had been trying to enter the country “illegally from Syria” and “were caught by our border guards”.

But Ardern said the woman had not lived in New Zealand since she was six, and so it was “wrong that New Zealand should shoulder the responsibility” for her.

“(The woman) has resided in Australia since that time, has her family in Australia and left for Syria from Australia on her Australian passport,” she added.

“We do not want to see terrorists who fought with terrorism organisations enjoying privileges of citizenship, which I think they forfeit the second they engage as an enemy of our country,” he said during a press conference in Canberra.

But Morrison added that he would speak with Ardern further, saying: “There is still a lot more unknown about this case and where it sits and where it may go to next.” Ardern also urged Australia to consider the welfare of the woman’s children.

“These children were born in a conflict zone through no fault of their own,” she said.

“Coming to New Zealand, where they have no immediate family, would not be in their best interests. We know that young children thrive best when surrounded by people who love them.” Ardern said New Zealand was also engaging with Turkish authorities over the issue.

Wellington has previously criticised Australia for deporting people across the Tasman Sea who have tenuous ties to the country.

Since 2014, around 3,000 New Zealanders in Australia have had their visas cancelled “on character grounds” — which does not always require a criminal conviction.

Ardern has pointed out many of those being deported have lived most of their lives in Australia and described the issue as “corrosive” to the relationship between the neighbouring nations.