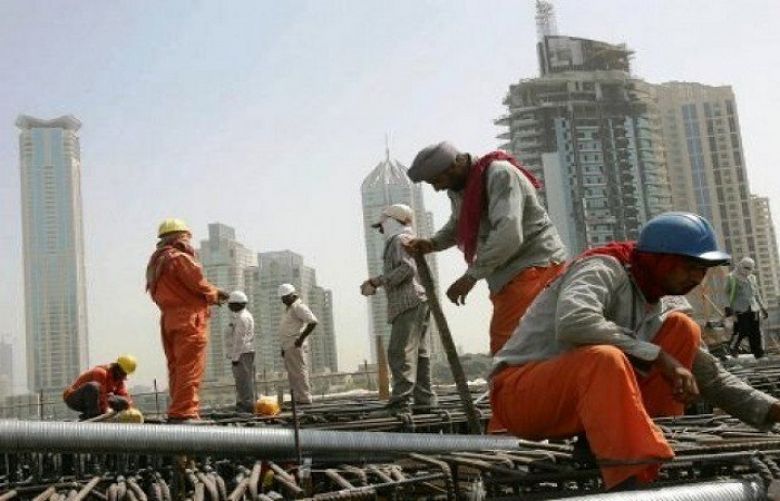 Saudi Arabia, which this year is chairing the Group of 20 major economies (G20), seeks to boost its private sector and make it more attractive to foreign talent under an ambitious plan to diversify its oil-based economy.

The kafala system, which Maaal said has been in place for seven decades in Saudi, generally binds a migrant worker to one employer. Rights groups criticise the system and say it leaves workers vulnerable to exploitation.

“The Ministry of Human Resources and Social Development intends next week to announce a new initiative that improves the contractual relationship between employers and expatriate workers,” the Maaal report said.

The initiative will be implemented in the first half of 2021, it added, without giving further details.

Currently more than 10 million foreign workers live in Saudi Arabia under the kafala system, which requires them to be sponsored by a Saudi employer and be issued an exit/re-entry visa whenever they want to leave the country.

The Kingdom was scheduled to abolish the sponsorship system during the first quarter of 2020, but it was delayed due to the coronavirus pandemic.

According to Saudi Gazette, the move aims to improve the contractual relationship between expatriate workers and their employers and is part of economic reforms being carried out in line with Crown Prince Mohammad bin Salman’s Vision 2020.

“The abolition of the sponsorship system would give expatriate workers freedom to secure exit and re-entry visas, receive the final passport exit stamp without a sponsor, and gain employment without the approval from a sponsor,” wrote the Saudi Gazette.

“With the abolition of the system, the foreign workers will also have freedom of movement according to what is stipulated in the work contract.”

The new law also aims to discourage negative activities such as black markets for runaway workers and iqama violators. Additionally, it would prevent violations internationally classified under the clause of human trafficking.

The development comes as the next step after the introduction of Special Privilege Residency Permit (Premium Iqama) which allows all those who have ties with the Kingdom, irrespective of nationality, “to obtain a permanent or temporary residency that would grant them many privileges as well as the chance to avail of several services for themselves and their families”.

The new legislature allows holders of this iqama to enjoy several privileges previously extended only to citizens. These included owning real estate, renting out of properties, educational and health services, and other utilities specified in the Executive Regulations.