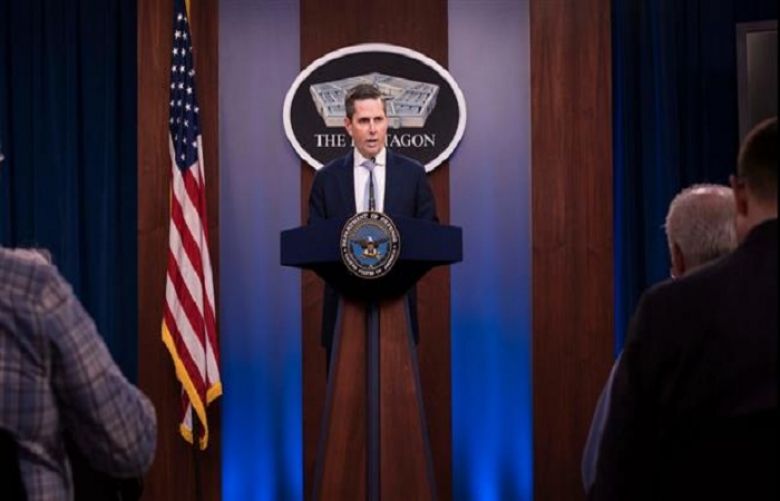 File Photo Jonathan Rath Hoffman, assistant to the US secretary of defense for public affairs

The United States military has warned Turkey of “serious consequences” after Ankara confirmed that it has tested a Russian-made missile defense system.

"The US Department of Defense condemns in the strongest possible terms Turkey's October 16 test of the S-400 air defense system," Pentagon spokesman Jonathan Hoffman said in a statement on Friday.

"We object to Turkey's testing of this system, which risks serious consequences for our security relationship," Hoffman said. "We have been clear and unwavering in our position: an operational S-400 system is not consistent with Turkey's commitments as a US and NATO Ally."

This came after the Turkish President Recep Tayyip Erdogan confirmed that his country tested the missile system last week.

The Turkish leader said his country had every right to put to test the equipment it has purchased from other countries.

“The United States’ stance absolutely does not concern us. If we are not going to test these capabilities at our disposal, then what are we going to do?” asked Erdogan. “We aren’t going to ask America for permission.”

Last Friday, a video was released by the Reuters news agency, showing a missile being fired into the sky on Turkey’s Black Sea coast, where Ankara had been expected to test its state-of-the-art S-400 air defense systems.

The US responded to the report with anger, with State Department spokeswoman Morgan Ortagus saying later that day that the tests, if confirmed, would be considered “incompatible with Turkey’s responsibilities as a NATO ally and strategic partner of the United States.”

President Erdogan of Turkey confirms the tests of Russian-made S-400 missile defense systems, brushing aside the objections from the US on the matter.

Earlier, the US State Department also threatened that the activation of the S-400s could potentially lead to “serious consequences” for the Ankara-Washington “security relationship.”

The US and Turkey have long been at logger heads over Ankara’s purchase of the S-400 from Moscow under an agreement inked in 2017. Deliveries of the first batch of the missile batteries, worth $2.5 billion, began around two years.

Washington tried to kill the agreement by suspending Turkey from its advanced F-35 jet program and threatening its NATO ally with sanctions, but to no avail.