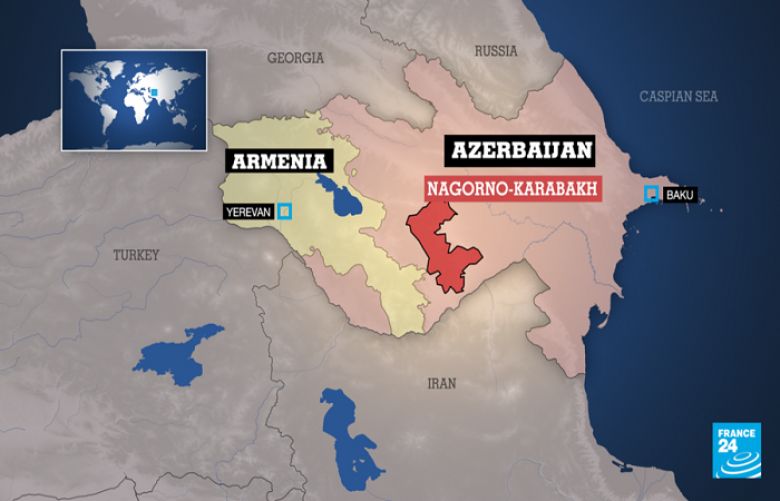 A new ceasefire agreed between Armenia and Azerbaijan to halt fighting over the disputed region of Nagorno-Karabakh was again failing to hold on Monday as both sides accused each other of fresh attacks.

The truce, backed by international mediators to put a stop to three weeks of fighting that has left hundreds dead, was supposed to have come into force at midnight (2000 GMT Saturday) but both sides immediately accused each other of violating the deal.

But it has never been recognised by any other state, including Armenia, while Azerbaijan has always made clear its desire to regain control in one of the most combustible conflicts left after the fall of the USSR.

The Azerbaijani defence ministry said that Armenian armed forces had shelled areas in four districts inside the country overnight.

The ceasefire was the second agreed after a previous truce thrashed out in Moscow earlier this month never showed any sign of seriously holding.

Russian Foreign Minister Sergei Lavrov, who has acted as a mediator between Armenia and Azerbaijan in negotiating both ceasefires, said on Monday the continued fighting was “unacceptable.” He said the warring sides and international players should “immediately stop ratcheting up confrontational rhetoric” and reiterated the importance of putting in place ceasefire monitoring mechanisms.

“We are working on this,” he added following talks with Secretary General of the Council of Europe Marija Pejcinovic Buric.

Azerbaijani President Ilham Aliyev accused Armenian forces of “blatantly” violating the ceasefire, including firing on residential areas, and said there were dead and wounded.

Azerbaijan has repeatedly claimed military success in the current fighting by taking control of areas both within Karabakh and other Azerbaijani territory that had been held by Armenian forces.

But analysts say Azerbaijan is unlikely to be able to retake control of Karabakh through military means alone, while the seemingly irreconcilable positions on both sides makes a diplomatic solution elusive.

Fears remain of the conflict broadening, with Turkey strongly backing its ally Azerbaijan even as Ankara rejects charges it has sent in both Turkish military personnel and Syria militia members to help Baku.

UN chief Antonio Guterres on Sunday called on Armenia and Azerbaijan to “fully abide” by the new ceasefire, his spokesman said.

The new deal was announced after one of the conflict’s deadliest attacks on civilians so far on Saturday, when a missile hit a residential area of Azerbaijan’s second city Ganja, killing 13 people including children.

The clashes over Karabakh that erupted on September 27 have left more than 800 dead, according to official figures, but the real number may be much higher as Azerbaijan has not disclosed its military toll.