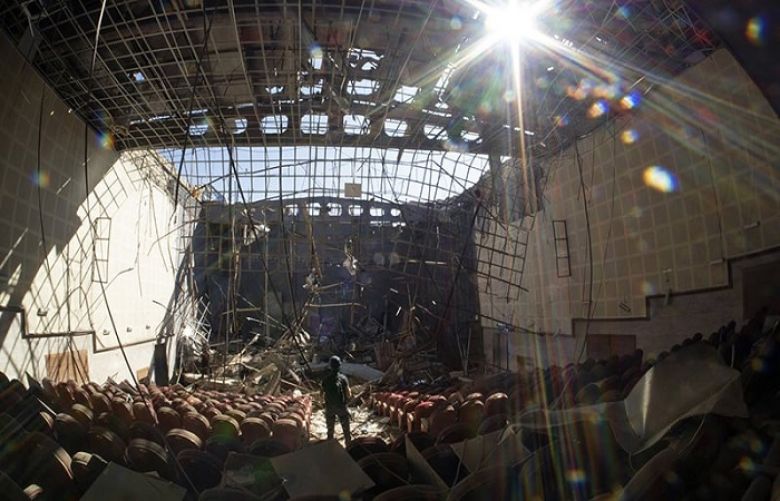 Azerbaijan said on Wednesday it had destroyed missile launchers inside Armenia that were targetting its cities, as fierce fighting over Nagorno-Karabakh risked widening beyond the disputed region.

Hundreds have already lost their lives in two weeks of fighting, and continued clashes have rendered almost meaningless a humanitarian ceasefire agreed in Moscow last week.

Armenia confirmed that military positions inside the country had been hit but denied its forces had been firing into Azerbaijan. It warned that it too could start targeting military sites inside its adversary's territory.

Clashes over Nagorno-Karabakh — where Armenia-backed separatist fighters are battling Azerbaijani forces — have been largely confined to areas in and around the region since a fresh outbreak of fighting started last month.

Direct confrontations between Armenia and Azerbaijan risk spiralling into an all-out, multi-front war with devastating consequences for both sides.

Moscow has so far refused to become drawn into the conflict — even though Armenia is part of a regional Russia-led security group — noting that the organisation's treaty does not apply to Karabakh.

Overwhelmingly populated by Armenians, Nagorno-Karabakh has been controlled by Armenians since a 1990s war that erupted as the Soviet Union fell.

Azerbaijan has never hidden its desire to win back control and no state has recognised Nagorno-Karabakh's declaration of independence.

The latest fighting, which erupted on September 27, has been the most intense since a 1994 ceasefire, claiming more than 600 lives, including more than 70 civilians, according to a tally based on partial tolls from both sides.

Each side has accused the other of targeting civilian areas with shelling, missile and rocket attacks.

Azerbaijan's defence ministry said in statements on Wednesday that it had destroyed ballistic missile launchers deployed in Armenia in two separate attacks overnight.

The OTR-21 Tochka mobile systems were in areas of Armenia bordering the Kalbajar district of Azerbaijan that is under separatist control, it said.

Launchers at the first site were aiming at the Azerbaijani cities of Ganja, Mingachevir and other populated areas, it said.

Armenian defence ministry spokeswoman Shushan Stepanyan confirmed that military positions in the area had been hit. But she denied that Armenian forces had ever fired “a single missile, shell or projectile” inside Azerbaijan.

Armenia's military now “reserves the right to target any military installations and combat movements on the territory of Azerbaijan”, she said on Twitter.

Nagorno-Karabakh's regional capital Stepanakert was under heavy shelling and rocket fire for days before the ceasefire, forcing thousands to flee their homes or seek shelter in basements.

AFP journalists in the city said it was quiet on Wednesday, after several days of relative calm since the ceasefire deal took effect at noon on Saturday.

In the frontline settlement of Bakharly in Azerbaijan, the constant thuds of shelling could be heard in the background as villagers said they were under regular fire.

Of the 800 families in the village, most of whom fled Karabakh in the 1990s, only about 100 men remained, hunkering down in shelter.

“By staying here, we feel that we are also fighting,” 66-year-old Sakhib Adket said, standing next to a World War I-style trench in his garden.

“I have watched our homeland for 30 years from afar. This is our moment now.”

The search for a long-term solution to the conflict, one of the most enduring problems left after the fall of the USSR, is in the hands of the Minsk Group of regional powers chaired by France, Russia and the United States.

The group has urged the two sides “to take immediate steps” to fully implement the Moscow truce agreement, which, as well as a ceasefire, calls for a return to long-stalled negotiations over Karabakh.

Russia appealed again to both sides to halt fighting on Wednesday. Defence Minister Sergei Shoigu had calls with his Armenian and Azerbaijani counterparts and urged them to “fully meet the commitments” of the ceasefire.

Foreign Minister Sergei Lavrov, who brokered the truce deal, said Russia was ready to deploy “military observers” to the frontline to help secure the truce.

Azerbaijan has been strongly backed in the conflict by longtime ally Turkey, which has been widely accused of dispatching pro-Ankara Syrian militia to assist Baku.

President Recep Tayyip Erdogan denied the accusations on Wednesday, saying: “Those who call us say 'you sent there the mujahideen from Syria'. We don't have any such agenda.”

Ankara is angling for a position at the negotiating table over Karabakh, with a Turkish presidential aide saying on Tuesday that four-way talks between Armenia, Azerbaijan, Russia and Turkey would be the best way forward.