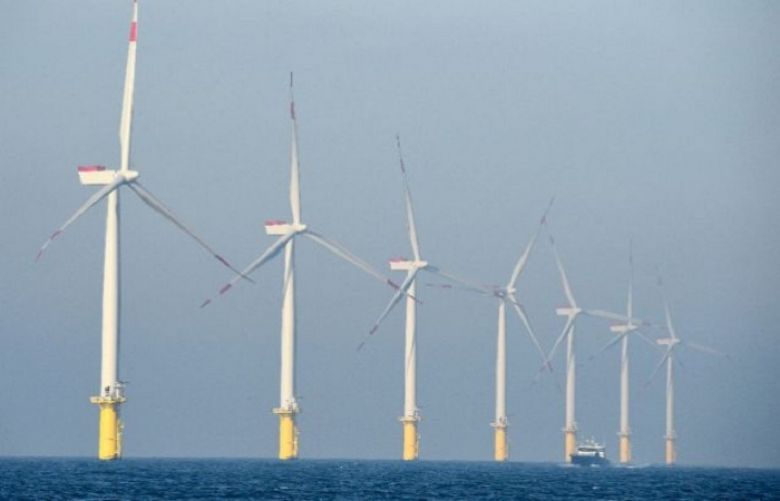 German Chancellor Angela Merkel will be joined by French and Norwegian ministers Tuesday to officially open a massive wind farm in the Baltic Sea, a key project for her country´s "energy transition".

Here are three things to know about the Arkona wind park ahead of the political festivities.

Arkona´s 60 turbines tower out of the Baltic between the German island of Ruegen and the Swedish shoreline to the north.

Erected in just three months last year, they are already supplying 385 megawatts of electricity — enough for around 400,000 family homes.

Electricity will be routed through a French-built substation whose 150 kilometres of cables link up the wind generators.

Engineers affectionately dubbed the hardware "the multi-socket adaptor" after the familiar household gadget.

´Energy transition´ on back foot?

Germany had long been seen as a pioneer in the switch to renewable energies, but Merkel´s 2011 decision to exit nuclear generation after the Fukushima disaster knocked the country back.

Rather than emissions-free fission plugging the gaps left by variable output from wind and sun, Berlin has had to fall back on intensely polluting brown coal and other fossil sources.

Today, renewables account for 38 percent of Germany´s energy mix, and are slated to hit 65 percent by 2030.

"In 2025, we will be well above the 40 to 45 percent target for renewable energy in Germany," Merkel said in her weekly video podcast Saturday.

But the federal government has missed its targets in the past, giving up last year a goal to reduce greenhouse emissions 40 percent compared with 1990 levels by 2020.

On land, Germany´s much-lauded "Energiewende" (energy transition) policy is struggling, with subsidies for wind turbines on the way out and the cost of transmitting electricity to consumers high.

One kilowatt-hour (kWh) costs 30 euro cents ($0.34) or twice as much as in neighbouring France, still well supplied with electricity from nuclear plants.

From land to sea

While land-based turbines may be running out of puff, Germany has been building them at sea for 10 years — despite initial scepticism.

Observers at first warned of high costs, and upsets like storms or sunken windmills plagued the early attempts.

But costs have been squeezed and techniques improved in the meantime, with 20 percent of Germany´s wind energy now coming from the sea.

North Sea and Baltic wind parks boast more than 1,300 windmills with a capacity of around 6.4 gigawatts.

Importantly, seaborne wind power is less vulnerable to Nimbyism, or "not in my backyard" complaints from locals about spoiled views, noise or dead birds.

Environment groups have warned about risks specific to the maritime generators, with birds still falling victim to them and the noise of the rotors tormenting some sea mammals, such as porpoises.