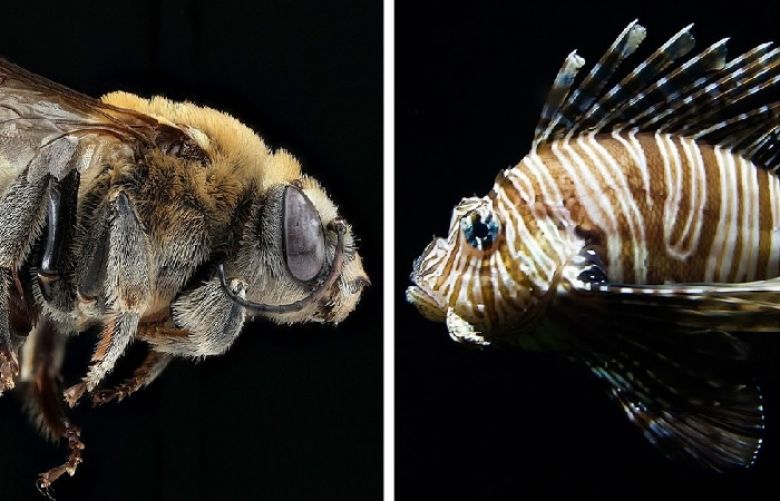 Fish and bees have been able to communicate for the first time, courtesy of a few talented robots mimicking and controlling their actions, in an unusual experiment that translated behavioral cues across species lines.

“The robots acted as if they were negotiators and interpreters in an international conference. Through the various information exchanges, the two groups of animals gradually came to a shared decision,” said Francesco Mondada of the Ecole Polytechnique Federale de Lausanne, one of the researchers on the cleverly-named ASSISIbf experiment.

The Austrian bees synced up their behavior with Swiss fish by communicating through robot “translators,” which allowed the two species to understand each other’s behaviors and soon had them moving in a similar fashion.

Previously, the experimental robots had only been sent in to infiltrate single-species animal groups in order to influence their behavior, blending in with unsuspecting clusters of cockroaches and chicks.

The researchers had already perfected using the bots to convince a school of fish to swim in a chosen direction by replicating their behavioral signals – tail movements, accelerations, and vibrations – and visual signals – colors, stripes, and shapes – in a previous experiment. Meanwhile, the bee-bots controlled their compatriots through vibrations, temperature variations, and air movements.

When connected to one another (across 700km and one national border), the robots mimicking both species quickly compared notes and had their minions dancing to each other’s tune within a scant 25 minutes, translating the information each received from the other into appropriate behavioral signals for their respective slice of the animal kingdom.

“The species even started adopting some of each other’s characteristics,” Mondada marveled. “The bees became a little more restless and less likely to swarm together than usual, and the fish started to group together more than they usually would.”

Publishing in Science:Robotics, the researchers suggested their work “may open the door for new forms of artificial collective intelligence…which could find applications in selective ‘rewiring’ of ecosystems.”

Flocks of birds could be steered away from airfields, and the dramatic decline in bee populations could potentially even be reversed if strategically-placed robotic overseers were able to direct swarms away from pesticide-ridden farms and toward organic crops – if that wasn’t the plot of a Black Mirror episode premised on the robo-bees being hacked and turned into crowd-steered assassins.