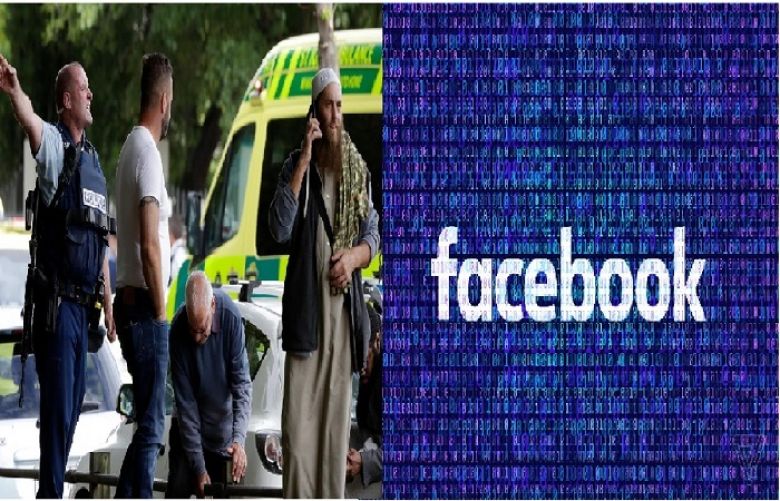 Facebook has said a live broadcast of last week's Christchurch attacks was viewed fewer than 200 times, as the firm faces growing criticism for failing to block the footage.

On Friday, a gunman live-streamed for 17 minutes an attack on two mosques that killed 50 people.

Facebook said the video was viewed 4,000 times in total before it was removed.

Social media firms have struggled to stop the spread of copies of the video.

In the wake of the shooting, several world leaders have called on social media companies to take more responsibility for the extremist material posted on their platforms.

Despite the original video being taken down, it was quickly replicated and shared widely on other platforms, including YouTube and Twitter.

In a statement on Monday, Facebook provided new details about the footage, including that the live broadcast was viewed fewer than 200 times.

Facebook said the first user report on the original video came in 12 minutes after the live broadcast ended. Before it was alerted to the video, a user had posted a link to a copy of the video on a file-sharing site.

Facebook had earlier said it deleted more than 1.5 million copies of the video in the first day after the incident. It said 1.2 million of those copies were blocked while being uploaded.

Social media firms' handling of the offensive content has been criticised.

In a letter to Japan's Prime Minister Shinzo Abe, who also chairs the G20, he asked for the issue to be discussed at the upcoming meeting of the G20.

"It is unacceptable to treat the internet as an ungoverned space," he wrote.

Mr Morrison said the aim was to "agree on co-ordinated action to afford greater protection from terrorist violence".

"It is imperative that the global community works together to ensure that technology firms meet their moral obligation to protect the communities which they serve and from which they profit."

In the wake of the mosque shootings, Westpac NZ said it had suspended all advertising on social media networks including Facebook "until further notice".

"We will be engaging with social media companies about the publishing of harmful content," the bank said in a statement on Twitter.

On Monday, a spokesperson for Lotto NZ told the BBC it had removed advertising from social media at this time "as the tone didn't feel right in the aftermath of these events".

It comes after industry groups representing advertisers issued a statement asking their members if they wanted to be "associated" with platforms that did not take responsibility for the content being shared.

The groups said that "The events in Christchurch raise the question, if the site owners can target consumers with advertising in microseconds, why can't the same technology be applied to prevent this kind of content being streamed live?"