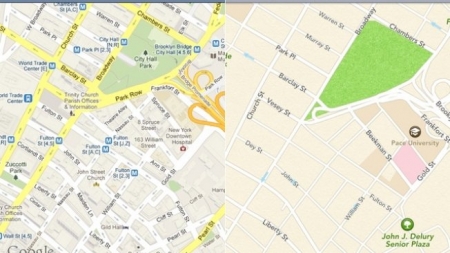 By now everyone knows about the glaring flaws in Apple’s (AAPL) homemade maps application.

The question, then, is why did Apple decide to launch its own maps app when it still had access to Google (GOOG) Maps for at least another year? Unnamed sources have told AllThingsD that Apple was royally ticked off that Google was holding back on implementing turn-by-turn navigation in the iOS version of Google Maps, especially since the Android version of the app has had that feature for years now. Google’s reasoning for holding out on turn-by-turn navigation? According to AllThingsD, Google felt it had invested lots of money into the technology over the years and didn’t want to hand it over to a rival software platform. Needless to say, this adds an interesting wrinkle into the ongoing Apple Maps soap opera.