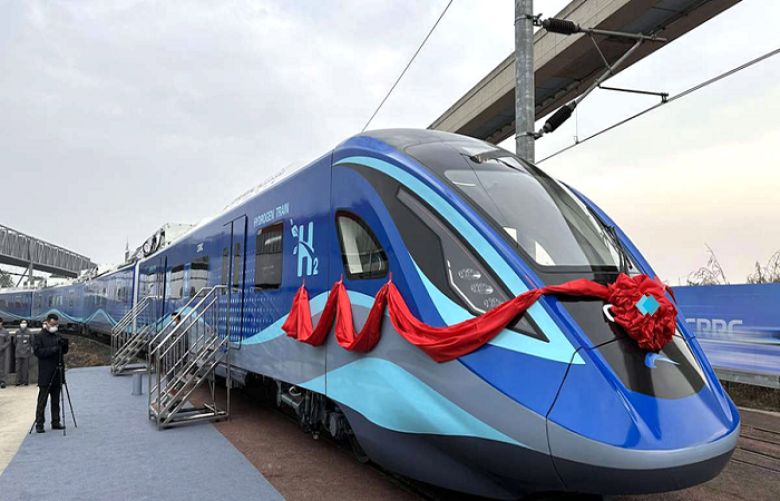 According to international media reports, the train, which boasts a range of 600km and top speed of 160km/h, is equipped with a built-in hydrogen power system and has the capacity to carry 1,502 passengers.

In addition to its zero-carbon emissions, the train also features automatic wake up, start/stop, and return to depot functions, as well as intelligent monitoring systems, 5G train-to-ground communication, and bio-data analysis for optimal safety.

China plans to introduce 50,000 hydrogen fuel cell vehicles by 2025, with an annual target of hydrogen production from renewable energy ranging from 100,000-200,000 tons.

The country is also working to increase the number of hydrogen refueling stations from the current 270.