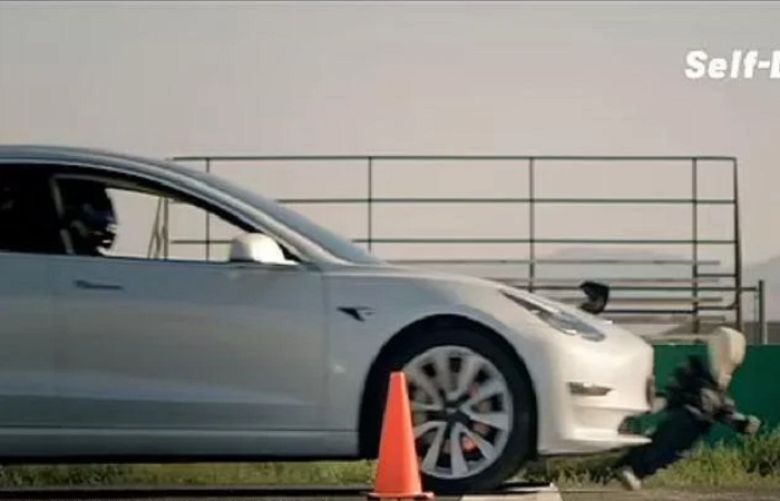 A Tesla in its self-driving mode can be seen running over a child mannequin multiple times during a test drive by a safety campaign group.

The "deeply disturbing" video shows how Tesla was unable to detect the dummy in front of it and ran over it at an average speed of 25mph. The Dawn Project, which carried out the experiment, claimed that it was executed under "controlled conditions" on a test track.

MailOnline reached out to billionaire and Tesla CEO Elon Musk for his comments but have not received a response yet.

In the self-driving mode, cameras, ultrasonic sensors, and radar are supposed to see and sense the surroundings of the car.

"The deeply disturbing results of our safety test of Tesla full self-driving should be a rallying cry to action," said Dan O'Dowd, founder of The Dawn Project.

The video can be watched here: https://www.youtube.com/watch?v=nHIgawTRCv8