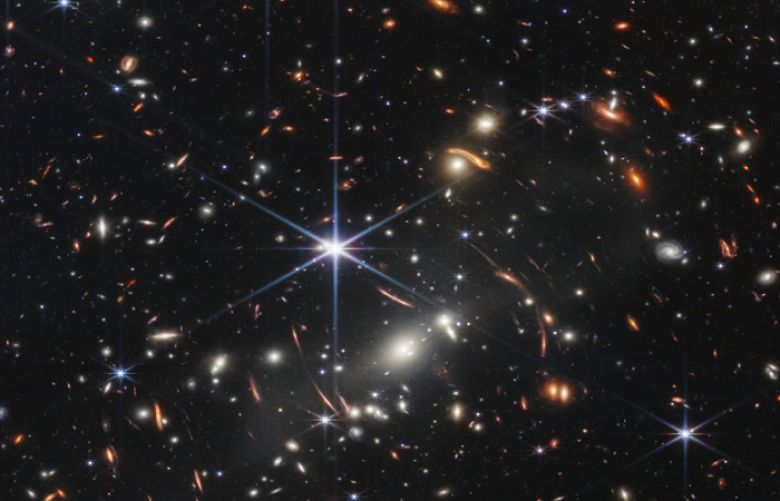 US President Joe Biden has unveiled the first full-colour image of the cosmos taken by the James Webb Space Telescope, offering what NASA said was “the deepest, sharpest infrared view of the universe” ever taken.

During a ceremony at the White House on Monday evening, Biden said it was “an historic day” as the world’s largest and most powerful space science telescope offered a “new window into the history of our universe”.

“Today we’re going to get a glimpse at the first light to shine through that window,” Biden said shortly before the release of the image, which showed bright white, yellow and orange lights that NASA said represented “galaxies once invisible to us”.

“Light from other worlds, orbiting stars far beyond our own,” Biden said. “The oldest-documented light in the history of the universe from over 13 billion – let me say that again – 13 billion years ago.”

The image will be followed on Tuesday by the release of four more galactic beauty shots from the telescope’s initial outward gazes.