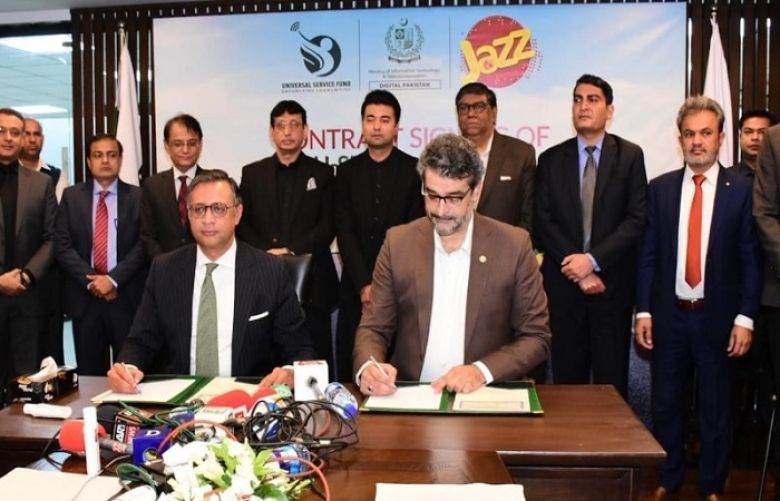 Travellers at M3 — Lahore to Abdul Hakeem section — and M5 — Sukkur to Multan Motorway — will avail the high-speed mobile broadband and telecom services within a year, as a contract in this regard was signed.

The Rs300 million contract was awarded by the Universal Service Fund (USF) to Jazz for providing high-speed mobile broadband services at the 230km-long M3, from Lahore city to Abdul Hakeem interchange in Khanewal district, as well as the 392km-long Sukkur-Multan Motorway.

The contract was signed by Haaris Mahmood Chaudhary, CEO of the USF, and Mudassir Hussain, vice president of Jazz. Minister for IT and Telecom Syed Aminul Haque and Communications Minister Murad Saeed witnessed the contract signing ceremony.

Speaking on the occasion, Murad Saeed said that internet connectivity on motorways was not only a facility but it also provided rapid response in case of any emergency.