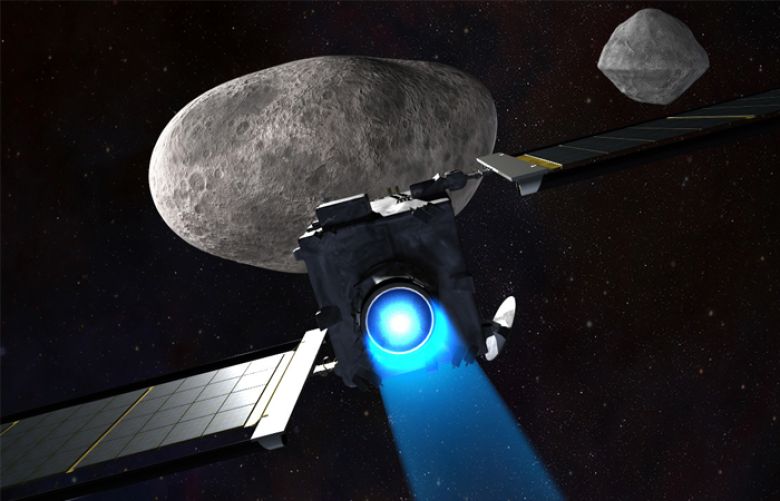 A spacecraft is set to launch and test technology that may one day be needed to tip a dangerous asteroid off course. Nasa's Dart mission will evaluate a longstanding proposal for neutralising a sizeable space rock headed for Earth.

The spacecraft will crash into an object called Dimorphos to see how much its speed and path can be altered. If a chunk of cosmic debris measuring a few hundred metres across were to collide with our planet, it could unleash continent-wide devastation.

It's the first attempt to deflect an asteroid for the purpose of learning how to protect Earth, though this particular asteroid presents no threat.

"Dart will only be changing the period of the orbit of Dimorphos by a tiny amount. And really that's all that's needed in the event that an asteroid is discovered well ahead of time," said Kelly Fast, from Nasa's planetary defense coordination office,

At 06:20 GMT on Wednesday, a Falcon 9 rocket carrying the Dart spacecraft will blast off from Vandenberg Space Force Base in California.