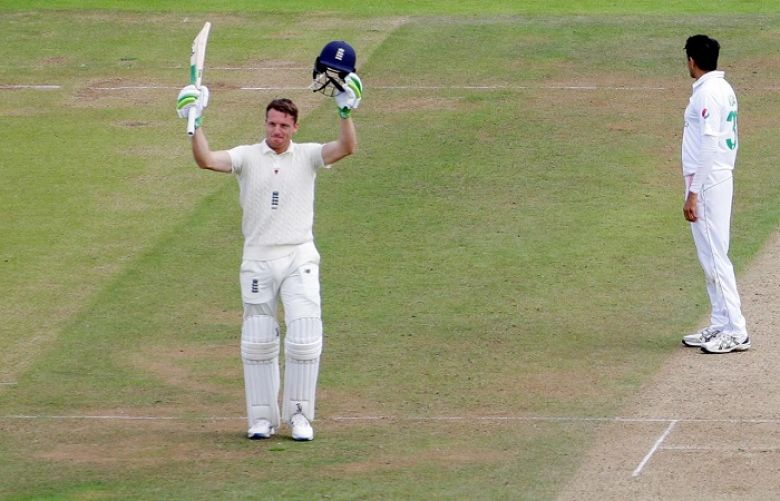 Zak Crawley and Jos Buttler shared a record partnership and James Anderson grabbed three wickets to put England in total control at the close on the second day of the third and final Test against Pakistan on Saturday.

Crawley, 22, became the third-youngest England player to make a double century and went on to 267 before the hosts declared their first innings on 583 for eight in Southampton.

Anderson then took three wickets as Pakistan crumbled to 24 for three in reply, leaving England in prime position to win the match and clinch the series 2-0.

Crawley and Buttler (152) negotiated the second new ball in the morning session and went on to add 359 runs, surpassing England's previous record fifth-wicket stand of 254 shared by Keith Fletcher and Tony Greig against India in 1973.

Pakistan lost openers Shan Masood and Abid Ali along with Babar Azam in just under 11 overs.

Anderson claimed all three wickets and is only four short of becoming the first pace bowler to reach the milestone of 600 in Tests.

Pakistan need a victory to level the series after England won the opening match in Manchester by three wickets, and the rain-hit second game ended in a draw.