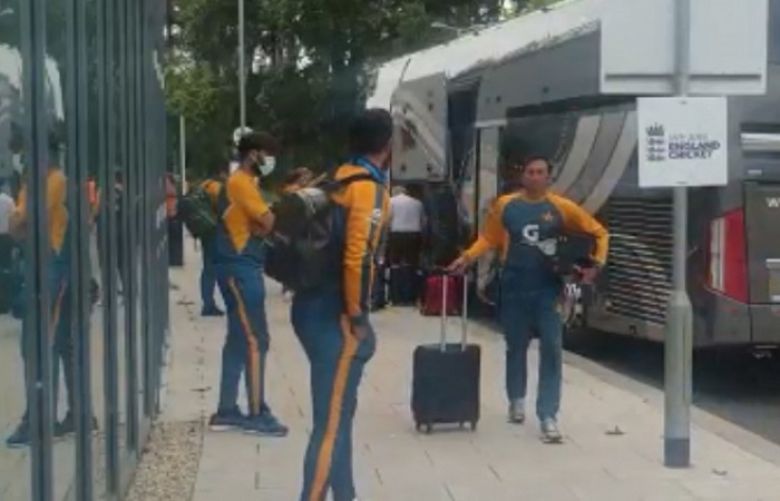 Pakistan’s squad has reached to Southampton for second and third Test against England, starting from August 13.

According to the details, after resting for a day, the Pakistan team traveled to Southampton where they will play the second Test against the home side.

The green shirts will resume training from tomorrow in Southampton.

It must be noted here that Pakistan lost the opening Test by three wickets against England in Manchester.