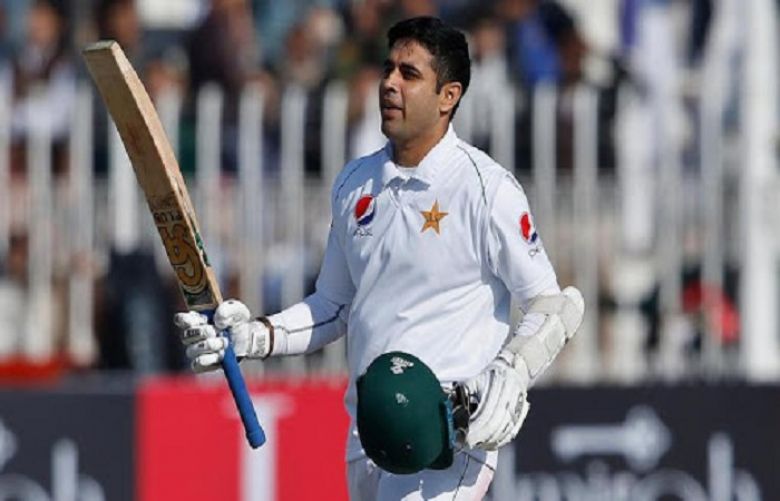 Opener Abid Ali has been cleared of concussion after he was hit on the helmet while playing in an intra-squad match on the tour of England, the Pakistan Cricket Board (PCB) said.

Abid was fielding at forward short leg on the third day of four at Derby when he was struck by a Haider Ali flick off Mohammad Abbas.

He missed Sunday's fourth and final day as a precaution although the team doctor said he had shown no sign of concussion even after a scan.

"Abid is absolutely fine and will be available to resume training on Wednesday following Tuesday's rest day," Dr Sohail Saleem said in a PCB statement.

"He underwent a precautionary CT scan which has also returned normal (findings)."

But left-handed batsman Khushdil Shah, a T20 specialist, has been ruled out for up to three weeks after suffering a fracture in his left thumb while batting during a training session on Saturday.

Khushdil, not playing in the ongoing intra-squad game, won't be available for the second four-day practice match, which also takes place in the Midlands town of Derby from July 24-27.

Pakistan are set to face England in a three-Test series that begins at Old Trafford on August 5 before concluding with two matches at south coast county Hampshire´s Ageas Bowl headquarters.

They return to Old Trafford for three T20 internationals with England at the Manchester ground from August 28 to September 1.

England are currently playing the West Indies in the ongoing second Test at Old Trafford as part of a three-match series that marks the return of international cricket from the coronavirus lockdown.