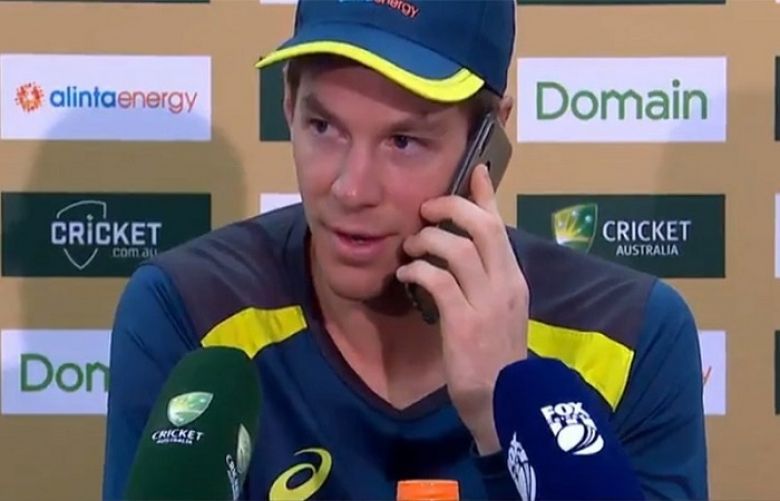 Australian Test captain Tim Paine revealed on Sunday he used to hate playing cricket and was left ‘crying on the couch’ after losing confidence during an injury-plagued period of his career.

The 35-year-old has been widely praised after taking over as Test skipper in 2018 when Steve Smith was suspended over a brazen attempt under his watch to alter the ball with sandpaper in Cape Town.

But it has not been easy for Paine, who suffered a career-threatening finger injury in 2010 soon after being identified as Australia’s first-choice wicket-keeper and making his international debut.

It required seven surgeries and two missed seasons, leading to a downward spiral with years of nerves, sleepless nights and frustration as he struggled to rediscover his confidence and form.

“I got to the stage where I was scared of getting hit, and I just had no idea what I was going to do,” he told a new podcast series aimed at promoting well-being and good mental health. “Instead of watching the ball I was thinking about getting hit or what might happen. When you’re doing that the game becomes very difficult.

“I couldn’t score runs for an extended period of time. I couldn’t eat, I couldn’t sleep. I was so nervous before games. I was horrible to live with.”

He said while he never lost his love of watching cricket “when it came to my part in the game I just hated it”.

“I would rather be anywhere else in the world because I was convinced I was going to fail. I don’t think anyone knew that I was struggling at all, not my best mates, not even my partner.

“I remember times when I would be sitting at home, she’d be at work, and I would literally be sitting on the couch, not bawling my eyes out but I’d be crying,” he added. “It was weird and really painful, it was hard to explain, but yeah I just thought I was letting so many people down.”

Mental health has been thrust into the spotlight of Australian cricket in recent times with Glenn Maxwell, Nic Maddinson and young prospect Will Pucovski all taking time out to deal with personal struggles.

Paine said he turned the corner after confiding in a sports psychologist at Cricket Tasmania.

“It was the first time I actually told anyone what was going on, but I remember walking out of that room and instantly feeling better, that I had let someone in and that was the first step to dealing with, admitting I needed help,” he said.

Paine finally won his place back in the Test team during the 2017-18 Ashes series, but the inner turmoil returned.

“It went from an amazing feeling ... and then I thought that’s not good,” he said. “I’m going to have to bat in front of people and there are going to be millions of people watching. And for three or four days after I thought I don’t want to do this.

“Again, spoke to some people and got that stuff off my chest and I thought bugger it, I’ll just make the most of it ... I’m going to enjoy it.”