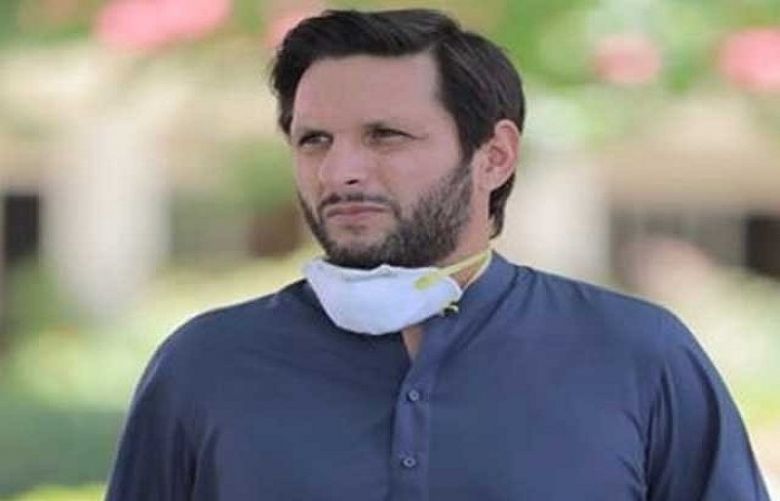 Former Pakistan skipper Shahid Afridi is in good health and in self-isolation alongside his four daughters, who had also tested positive for the novel coronavirus earlier, his brother, Tariq, said Monday.

On June 13, Afridi confirmed that he had tested positive for coronavirus. "I’ve been feeling unwell since Thursday, my body has been aching badly.

"Need prayers for a speedy recovery InshaAllah," he added.

“Shahid Afridi is asking for your prayers and support through this tough time and nothing else. Shahid has been working hard with his foundation to deliver rations and protective gear to the poor and needy in deprived areas in Pakistan.

"He sacrificed his health and took a huge risk whilst doing so and in the process contracted COVID-19,” Tariq Afridi said.

The Shahid Afridi Foundation is a charity organisation that provides food rations, protective gear, and essential goods in the fight against the deadly coronavirus. The cricket star and his charity have been working relentlessly to provide supplies to deprived families all over Pakistan.

Meanwhile, the cricket star's adviser, Saima Khan, said: "I spoke to Lala and the good news is that he is feeling a tiny bit better every day; he put himself at risk to help the poor and underprivileged.”

The former skipper, along with the foundation, has been on the ground for the last 67 days, having facilitated more than 32,000 households with ration supplies through our Donate Karo Na Ration Drive, the adviser said.

Most recently, Afridi was in Balochistan, where there was a perceived need for additional support.

Khan further stated: “Shahid has worked tirelessly through the heat and during the month of Ramadan with little rest. Being on the frontline, any aid worker or health professional is more vulnerable to contracting COVID-19."

"The prayers of our team, all those he’s reached out to, plus the supporters of our work are with him, and we wish him a speedy recovery,” she said.

The cricket star and his family would continue self-isolating until they recover and get rid of its symptoms.