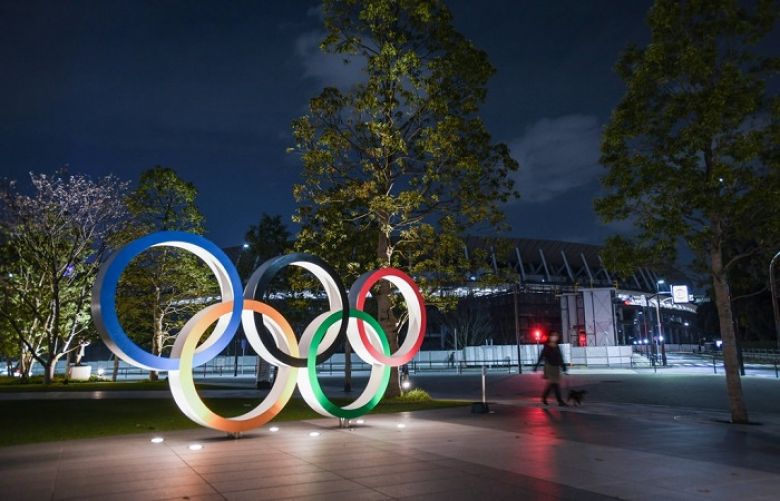 File Photo Tokyo Olympics postponed to 2021 due to coronavirus pandemic

The Tokyo Olympics are to be postponed until 2021 after talks between Japan’s prime minister, Shinzo Abe, and the International Olympic Committee president, Thomas Bach.

Abe said they had established that cancelling the Games was out of the question, and that Bach had agreed “100%” that a postponement was the most appropriate response to the global disruption caused by the coronavirus pandemic.

“We agreed that a postponement would be the best way to ensure that the athletes are in peak condition when they compete and to guarantee the safety of the spectators,” Abe told reporters shortly after his conversation with Bach, adding that the Games would be held by the summer of 2021.

The Games “must be rescheduled to a date beyond 2020 but not later than summer 2021, to safeguard the health of the athletes, everybody involved in the Olympic Games and the international community”, the IOC and the Tokyo 2020 Organising Committee said later in a joint statement.

Until just a few days ago the IOC, along with the Tokyo organising committee and the Japanese government, had insisted there were no plans to delay the Olympics given they were not due to open for another four months but Japan’s NHK public television reported on Tuesday that Abe wanted the one-year delay.

Tokyo 2020’s fate was in effect sealed this week when Canada and Australia said they would not send athletes to Japan in July, while the British and French governments urged the IOC to make a quick decision.

The Canadian prime minister, Justin Trudeau, said: “I know this is heartbreaking for so many people, athletes, coaches, staff and fans but this was absolutely the right call and everyone should follow their lead.”

The US Olympic and Paralympic committee followed suit, citing the “enormous” disruption the pandemic had caused to training and the qualification process. A statement said: “Our most important conclusion from this broad athlete response is that even if the current significant health concerns could be alleviated by late summer, the enormous disruptions to the training environment, doping controls and qualification process can’t be overcome in a satisfactory manner.”

World Athletics, the Olympic committees of Brazil, Slovenia and Germany, USA Swimming and USA Track and Field had joined the growing chorus of calls for a new date for the event.

The head of health and safety for London 2012, Lawrence Waterman, had urged the IOC to postpone the Games for the first time in their 124-year modern history, saying they could not be held safely this year.

“These Games need to be postponed, and the sooner the IOC and the Japanese government face up to this the better. It’s simply not safe to put the games on during a global pandemic,” Waterman said in a statement.

“People’s safety and health should come before the costs of delaying contracts. The London Games were the first in history to be completed without a single fatality, we set the standard on health and safety at the Olympics.”

Speculation that an announcement was imminent rose on Monday when the IOC member Dick Pound claimed the body had decided to postpone the Olympics for a year, describing it as the most likely solution to the Olympic movement’s biggest crisis since the politically motivated boycotts of Moscow in 1980 and Los Angeles four years later. “That’s my conclusion,” Pound told Reuters.

Pound said the IOC had not rushed to an announcement so that it could present the Japanese hosts, sports federations and sponsors with a clear alternative plan. “Probably what turned the tide in the last couple of days is the curve on the Covid-19 virus. It is getting very, very steep now and this is clearly not something that is going to be under control by June or July and probably not by the end of the year,” he said.

The postponement will come as a blow to the host country, which has spent more than $12bn on the event, while huge sums are also at stake for sponsors and broadcasters. Goldman Sachs estimated this month that Japan would lose $4.5bn (550bn yen) in inbound and domestic consumption in 2020 if the Olympics did not take place as planned.

The Nikkei, a Japanese business daily, claimed on Monday that G7 leaders had agreed to a postponement during their teleconference last week, after Abe persuaded them that cancellation was not an option.

Abe told the group that he was determined to hold the Games “in their complete form” – with the full quota of athletes and spectators – as a symbol of the world’s triumph over coronavirus, the Nikkei said. Boris Johnson reportedly responded with a thumbs-up, while other leaders nodded their approval.

Abe this week hinted that postponement was a possibility, hours after the IOC said it could take up to four weeks to decide the fate of the Games. “If the IOC’s decision means it becomes impossible to hold the Olympics in their complete form, then a decision may have to be made to postpone them,” he told parliament on Monday.

The Japanese public had already accepted the inevitable. According to a Kyodo news poll last week, almost 70% of respondents said they did not expect the Games to go ahead this summer.