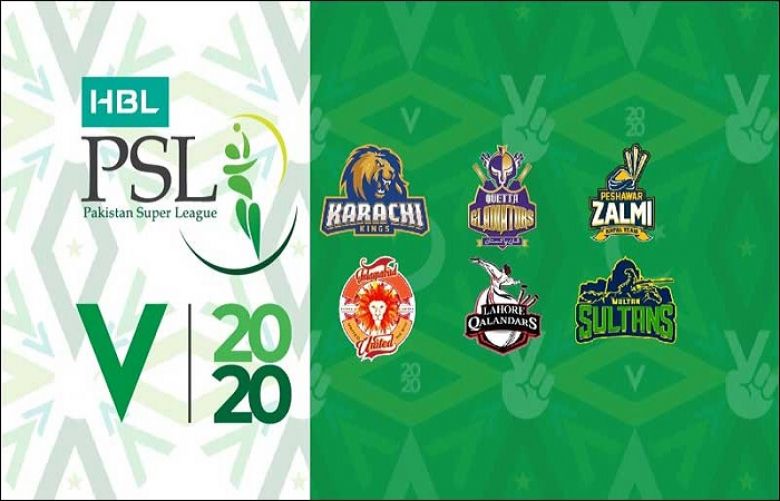 The Pakistan Cricket Board (PCB) on Friday rescheduled the remaining matches of the Pakistan Super League (PSL) 2020. The final of the league has been moved up to March 18, 2020 from March 22, 2020.

The playoffs have been replaced with the semi-finals on 17 March and the final on 18 March.

The decision means the PSL 2020 has been reduced by four days and there will now be 33 matches as opposed to 34.

According to the revised schedule, the 17 March semi-finals will be double-headers and will be held at the Gaddafi Stadium with the table-toppers going head to head with the fourth-placed side at 2pm. This match will be followed by the second semi-final, which will begin at 7pm, between the second and third-placed sides.

The final will be played on 18 March and will start at 7:00pm. All these changes have been made with the consultation of the team owners.

The PCB said it was in close contact with the Punjab Government and, as is always the case, will receive guidance from them in regard to allowing spectators to watch the last four matches at the Gaddafi Stadium. An announcement on this will be made in due course.

A number of foreign players in Pakistan for the fifth edition of the Pakistan Super League are set to fly back to their home countries as fears over the coronavirus pandemic spread across the globe.

According to the PCB, Peshawar Zalmi's Tom Banton, Liam Livingstone, Lewis Gregory, Liam Dawson and Carlos Brathwaite, as well as Multan Sultans' James Vince and Rilee Rossouw, as well as Karachi Kings' Alex Hales, and Jason Roy and Tymal Mills from Quetta Gladiators, are among the players to confirm their departures.