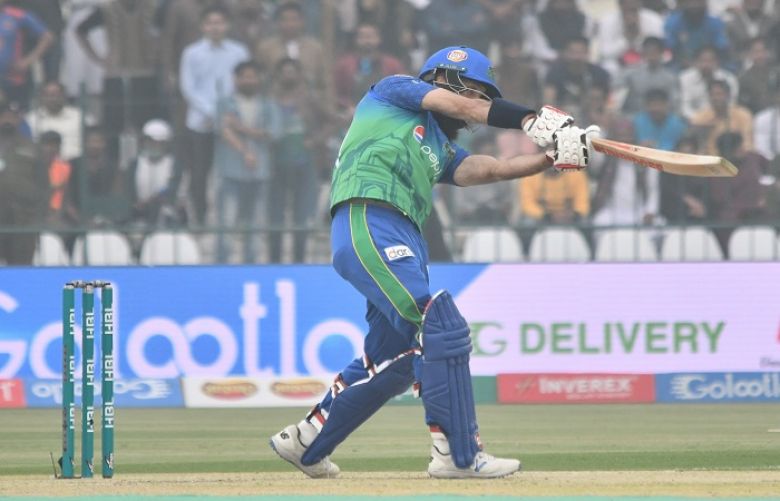 Sohail Tanvir made short work of Mohammad Amir in the end, dismissing him for 2 runs from 2 balls to end the match and record a comprehensive victory by the Sultans.

In their quest to chase down the Sultans' 187-run target, Karachi Kings were 120/7 at the end of the 15th over. Their seasoned openers Sharjeel Khan and Babar Azam were not able to come up with the goods as both were dismissed for 16 and 13 respectively.

Alex Hales chipped in with 29 runs off 21 balls before Shahid Afridi dismissed him with Shan Masood taking an exceptional catch. Delport and Walton were dismissed for 8 and 15 respectively by Imran Tahir to put the Kings on the back foot.

Karachi Kings captain Imad Wasim failed to play an impressive knock, scoring just 5 runs from 6 balls before Afridi sent him to the pavilion.

Sultans' skipper Shan Masood is still at the crease with pinch-hitter Riley Rossouw after 15 overs. However, Rossouw departed off a Mohammad Amir delivery, caught by Babar Azam as he attempted to loft one out of the ground. He scored 8 runs from 6 balls.

In the initial five overs, Multan Sultans scored 48 runs at the loss of one wicket.

This is the second match being played at the Multan Cricket Stadium.

The Sultans are playing their fourth match in the tournament, they won two matches and earned four points while lost one.

On the other side, the Kings are playing their third match with one victory and one loss. They have earned two points.

This is for the first time in the current tournament that Karachi Kings are not playing at their home ground, while Multan Sultans are their hosts in today's match.

Multan Sultans are being captained by opening batsman Shan Masood, whereas Karachi Kings are playing under Imad Wasim.

Among overseas players, there are batsmen Alex Hales of England and Cameron Delport of South Africa, bowlers Chris Jordan

However, Karachi Kings are looking a better team, but being the hosts of the match, Multan Sultans may make an upset.