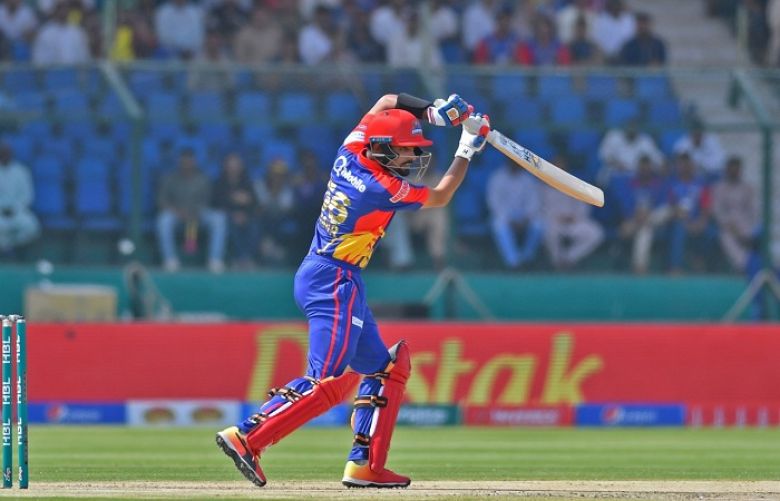 The Quetta Gladiators defeated the Karachi Kings by five wickets in a match courtesy a solid partnership between Azam Khan and Sarfaraz Ahmed.

Karachi Kings set a target of 157 runs for Quetta Gladiators to win their Pakistan Super League encounter. After Jason Roy was run out for 17 (20) by Imad Wasim and an unneeded stroke from Ahmad Shehzad caused his dismissal 11 (9) it looked as if the pressure had gotten to the Gladiators.

Earlier, Shane Watson had departed for 27 from 20 balls. The Australian cricketer had treated fans to a spectacle, as his innings featured two huge sixes and two fours.

In walked Sarfaraz and the former Pakistan cricket captain formed a solid partnership with rising star Azam Khan. However, the match once again got close when Azam was ran out for 46 from 30 balls due to Sarfaraz's fault.

Earlier, the Kings who started on a high note, lost wickets at regular intervals, however managing to post 156 on board.

Babar Azam was the first to return to the pavilion after scoring a quick 26 off 23 after being bowled out by Tymal Mills. Sharjeel Khan soon followed Azam courtesy of Mohammad Nawaz.

Cameron Delport who started to settle in and smash around the park was bowled out by Sohail Khan after scoring a quick 22 off 12 balls.

Chris Walton was the fourth to fall, falling to run-out by Mohammad Hasnain. He was followed by Alex Hales who left the pitch after scoring 29.

Things turned around for Kings as (Imad Wasim, Chris Jordan, Umaid Asif and Iftikhar Ahmed followed in the last four overs of the game.

Quetta captain Sarfaraz Ahmed said Karachi has a good team and that they would try to play top class cricket against them. “To win this game we need to take quick wickets,” Ahmed added.

On Friday, the Wasim-led Kings defeated Peshawar Zalmi by 10 runs in a seat-edge thriller on Friday, with Zalmi coming close to chasing the 200 plus target.

On the other hand, Quetta started their PSL campaign with a three-wicket victory against Islamabad United in the opening fixture of the tournament. However, they lost their second game to Peshawar after a blistering 50 ball century by Kamran Akmal led Zalmi to a six-wicket win.

Quetta Gladiators Azam Khan was declared the Man of the Match for his 46-run innings that secured the victory for his team. Azam said he was preparing for the PSL over the past five months and thanked God for his performance.

Karachi Kings skipper Imad Wasim said that the pitch of the National Stadium was a bit different in today's game which ultimately led his team to not play well and lose the match.

The Gladiators' skipper Sarfaraz praised Azam for playing yet another impressive knock. He said that the beauty of a T20 game was that you could bounce back after losing a game to win the next.

He also praised his bowlers, saying that there was no other formula to restrict the batting side in a T20 game other than taking wickets.