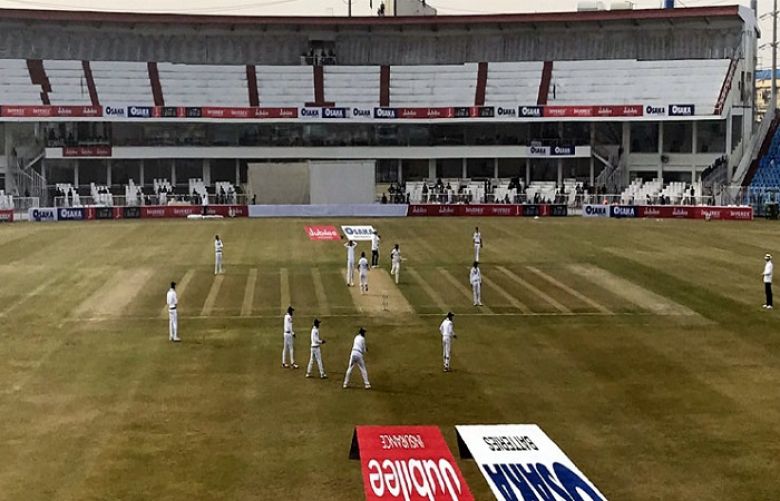 As Test cricket returns to Pakistan after over a decade, Sri Lanka had a steady start to their innings in the first Test at Rawalpindi Cricket Stadium on Wednesday.

Earlier, the visitors won the toss and opted to bat first.

The Pindi Cricket Stadium is heavily guarded and spectators had to go through stringent security checks before entering.

Under overcast conditions, only a small crowd made it into the stadium by the time of the toss. The Pindi Cricket Stadium is hosting its first major international match since India played a Test match at the stadium in 2004.

Opening batsman Abid Ali is also making his Test debut in place of Imam-ul-Haq, who struggled against Australia. Middle-order batsman Haris Sohail has been given another opportunity, meaning recalled batsman Fawad Alam has to wait to make his Test comeback after 10 years.

The second Test of the series will be played at National Stadium in Karachi from December 19-23.

Ahead of the start of the series, Pakistan's skipper Azhar Ali on Tuesday thanked Sri Lanka for returning to Pakistan for the first Test tour in the country in a decade, after a fatal militant attack on their team in 2009 drove international cricket away.

"It's a historic occasion and all the players are excited to be part of this," Azhar, who has played 75 Tests but, until now, none at home said at a press conference in Rawalpindi with his counterpart, Karunaratne.