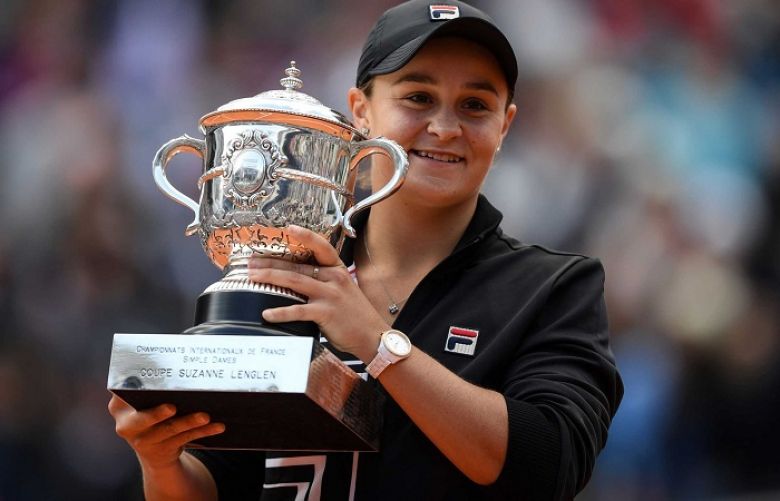 File Photo World No.1 Barty hopes 2020 will be golden year

Ash Barty won her third Newcombe Medal as Australia’s top tennis player this week but the world number one says she hopes to earn a more coveted medal at the 2020 Tokyo Olympics.

The 23-year-old has had a whirlwind 2019, claiming her maiden Grand Slam title at the French Open to become the first Australian to win one of the four majors since Sam Stosur’s 2011 U.S. Open triumph.

Barty also became Australia’s first woman to earn the No. 1 ranking since Evonne Goolagong in the 1970s and led the nation to the Fed Cup final for the first time in over a quarter of a century.

“I’m really excited to hopefully be a part of my very first Olympics,” Barty told reporters in Melbourne on Tuesday. “I think it could make the year extra special, but there are so many parts of the year that I’m looking forward to.”

Her first big goal in 2020 will be to end her country’s long wait for a home winner at the Australian Open which starts next month. The last was Chris O’Neil, who claimed the women’s title at the 1978 tournament.

Barty will be the center of attention as top seed at Melbourne Park but said it would not change her approach.

“There are 127 other girls in the draw that I have to try and beat as well,” she said.

“Regardless of the number next to your name, everyone’s trying to do the same thing.

“It’s about me preparing in the right way over the next five or six weeks to give myself the best chance to be ready and to be feeling really good coming into the Australian Open.”