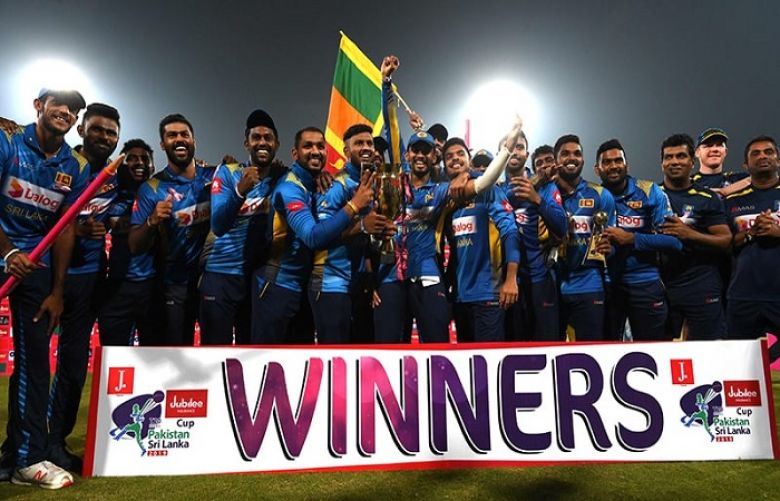 Sri Lanka defeated Pakistan by 13 runs to win the third and final Twenty20 international in Lahore on Wednesday, routing the world number one team 3-0 in the series.

Pakistan were then undone by leg-spinner Wanindu Hasaranga who took 3-21 as they managed 134-6 in 20 overs.

Pakistan left out the misfiring Ahmed Shehzad and Umar Akmal while fast bowler Mohammad Hasnain was rested. They were replaced by Haris Sohail, Iftikhar Ahmed and Usman Shinwari.

On Monday, Sri Lanka’s second-string side humbled Pakistan by 35 runs in the second T20I to seal the series and leave the hosts scrambling to avoid a whitewash at home.

The venue for today's game, Gaddafi Stadium, was decked out in pink after the Pakistan Cricket Board (PCB) joined hands with Pink Ribbon to create awareness about breast cancer.

"The stumps for the last #PAKvSL T20I are being branded in pink. All sponsors of the series have also changed their branding colours in the ground to pink," the PCB said in a tweet.