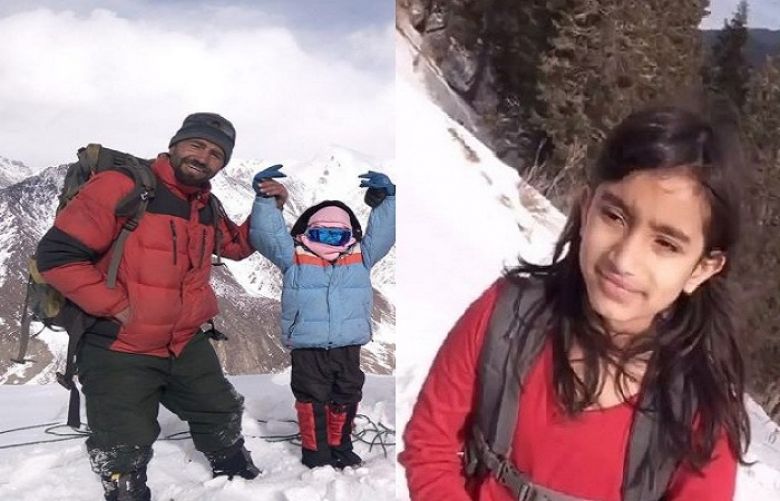 A Pakistan ten-year-old girl has become the youngest climber in the world to scale a 7000-meter tall Spantik Peak in Gilgit-Baltistan region of the country.

Selena Khawaja broke the record after summiting the 7,027-meter-tall Spantik peak on Wednesday. Spantik or Golden Peak is a mountain in the Karakoram sub-range in Gilgit Baltistan’s Nagar Valley.

Her father said that Selena started mountaineering when she was only 8 years old“In less than one year, she was able to do Miranjani (3,000m) round trip in half the time,” Yousaf had told reporters in March last year.

Selena was just nine years old when she became the youngest to scale the 5,765m-high Quz Sar Peak, and then successfully summited Mingli Sar (6050m) in June 2018, before heading to Spantik this year.

#SummitAlert#Pakistan 's 10 years old Selena Khawaja became the #youngest person ever to stand on top of #Spantik peak (7,027m) this morning. This record also holds special value as this makes her the youngest #climber ever to #summit a #7000er anywhere in the world#karakoram pic.twitter.com/t0sMTbzTcl