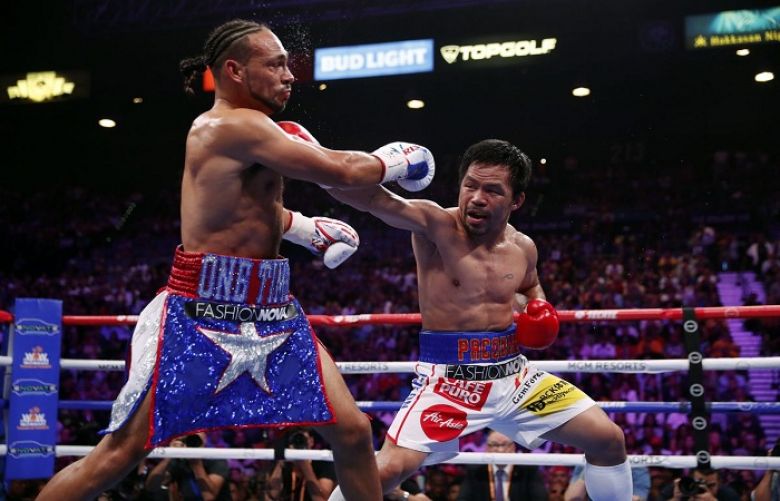 American Thurman said,"I knew it was too close. He got the knockdown so he had momentum in round one. This was a beautiful night of boxing."

Pacquiao - a world champion at eight weights - was fighting for the 71st time in a stellar career that has seen seven defeats, but with four of those losses coming in his past 11 fights before the meeting with Thurman.

Afterwards, Pacquiao said he felt "blessed" and he will return to the Philippines to resume his work as a senator before deciding his next move. Pacquiao added,"I think I will fight next year".

Keith Thurman recovered in the middle of the contest, but Pacquiao stormed back to take the last few rounds.

The Filipino could now face Britain's Amir Khan, though last week he denied claims that an agreement for a bout in Saudi Arabia was a already in place for November.