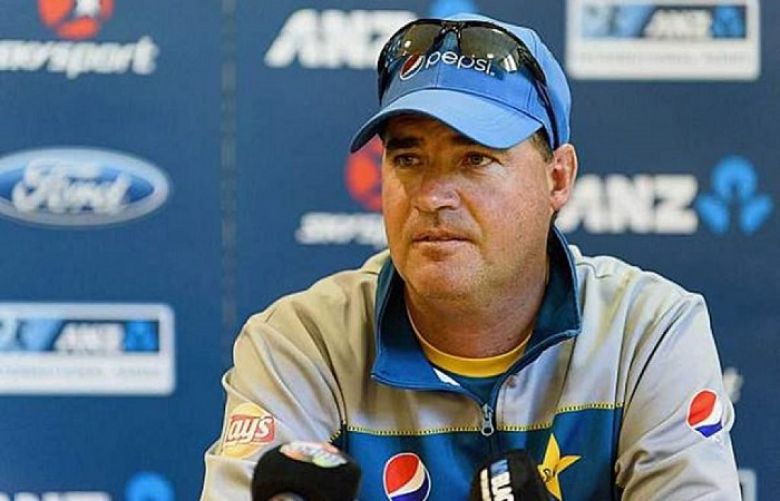 Both players, who starred in yesterday's match, had not been first picks for the board. While Amir had been left out of the original World Cup squad, Sohail had been made to sit out every World Cup game except the one played against West Indies.

“I like to think that every player who gets left out comes back with a point to prove,” Arthur was quoted as saying in a Pakistan Cricket Board press release.

“I believe Haris is among our top three batsmen and he had a particularly good lead-up to the World Cup.

“We went with Shoaib [Malik] after the West Indies game because, for Haris, there were other issues that need to be continually worked at. But the Haris Sohail we got today was a Haris Sohail that played incredibly well and I couldn’t be happier.

“Since he got left out, Haris has worked unbelievably hard on his game — his fielding and his fitness. He got his just reward for that here.

“I thought he was outstanding and I like seeing players come back like that. That is what we want to try and produce.

“You can’t have comfort zones in any international cricket team. We talk a lot in our team about winning performances — it’s not about the 50 or 80 that looks like a good performance personally, but isn’t helping us win games.

Amir’s display in yesterday's game means he has now taken 15 wickets in the tournament so far and has consistently been Pakistan’s most dangerous bowling threat.

“I’ve always said that Amir is a very smart bowler,” the coach said. “He backs his skills and his skills are excellent.

“You can see the glint in his eye — which is a really good sign. That’s just confidence.

“Our guys need to be built up all the time — when they’re bashed, they don’t respond in a kind way, so hopefully his performance vindicated the talent out there.”

Speaking about Pakistan's run in the World cup, the coach said: “It happens so quick. You lose a game, you lose another game. It’s a World Cup. [There’s] media scrutiny, public expectations and then you almost go into survival mode. We’ve all been there,” said Arthur.

“Last Sunday, I wanted to commit suicide," Arthur said, recalling the match against India. "But it’s only one performance. We always keep telling our players it’s one performance; who’s going to stimulate us today? I thought for us the way Fakhar [Zaman] and Imam [Ul-Haq] went out and got us a start, that sort of quietened the nerves down a little bit."