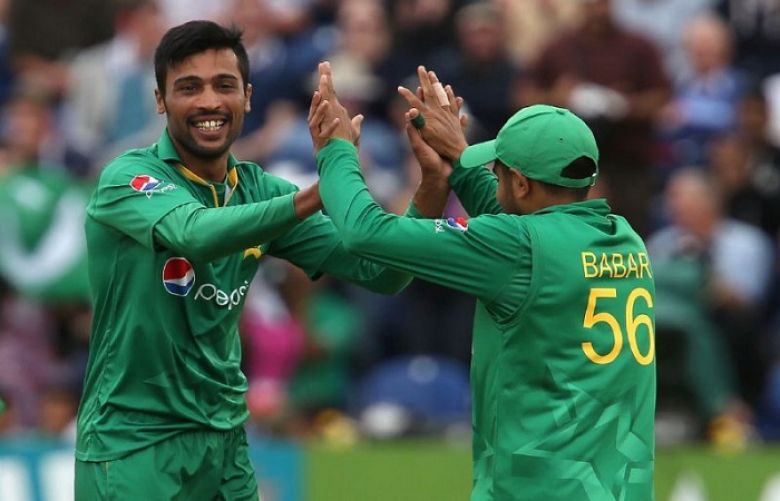 A large number of representatives from Indian media have arrived in Manchester to cover the much awaited World Cup game between Pakistan and India.

The Indian sports journalists believe that Pakistan’s Mohammad Aamir and Babar Azam are the players who can play a decisive factor in favor of Pakistan against India.

“Babar is like Pakistan’s Virat Kohli, he plays really good and Mohammad Aamir has done well against Australia, so these two can pose threat to India on Sunday,” Boria Majumdar said.

Another Indian journalist Vikrant Gupta agreed with his colleague. Vikrant added that media remains impartial during the game.

“See, we all talk to each other, so we all are impartial about the game. You obviously want Pakistan to win, we want India to win,” he added.

Senior journalist Gautam Bhattacharya, who also covered Pakistan’s win in 1992 World Cup, said that cricket always connect people and when Pakistan won the trophy in 1992, even Indians felt like it is their win.

“When Pakistan won 1992 semi final, there were celebrations in Calcutta when Imran Khan heard about it, he issued a statement saying that he will be representing Asia, not just Pakistan so Indians should also be praying for Pakistan team. And when Pak won, everyone celebrated the win in India as well. In the post-match press conference, Indian journalists out-numbered Pakistani journalists and when we saw the celebration, we felt like it is our win as well,” Gautam said.

Zaheer Abbas is a fan of Kohli and Sharma. Cricket is still above politics and it is uniting boundaries,” he added.

When asked about the player he feel can be a threat to India in the game, he was quick to name Mohammad Aamir. Another senior journalist Debasish Datta said that he miss meeting greats from Pakistan and hoped for more cricket between two countries.

“I miss meeting Miandad, Javed bhai, Zaheer bhai. We had very good relationship with them. I haven’t seen any humble person as Inzamam. We hope to see more India Pakistan matches,” he said.

The game is considered as the biggest game of the tournament due to intensity of the cricketing rivalry between two countries and Journalist Boria Majumdar feels that this intensity motivates players from both the sides to do something special.

“This is a great platform for players to become hero and the intensity of this game motivates and encourage players to do thing which they don’t do normally, this match is above normal sporting rivalry,” he said.