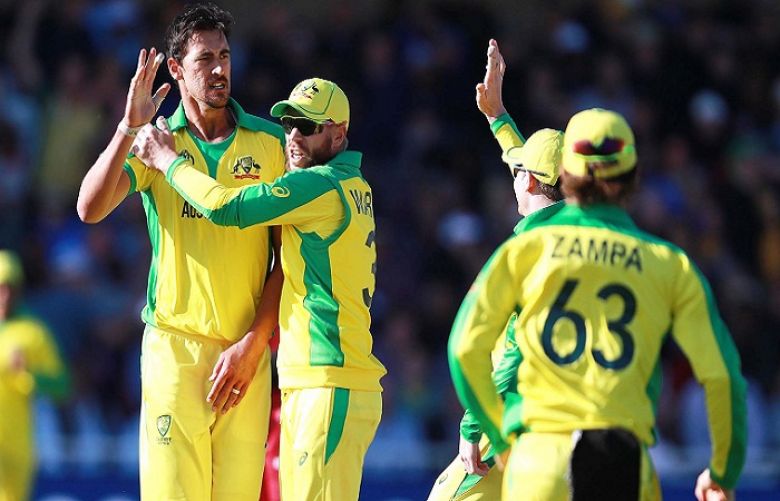 Australia will have to break all manner of records if they are going to remain unbeaten in the 2019 Cricket World Cup after India methodically posted an intimidating 352-5 at the Oval.

After Virat Kohli won the toss and made the straightforward decision to bat first on a dry and wearing surface his openers put on a measured 127-run stand to afford India control of their destiny. Shikhar Dhawan played through the pain of a damaged thumb to top score with 117 while Rohit Sharma’s 57 helped see off the new ball threat of Pat Cummins and Mitchell Starc.

At 220-2 after 37 overs India’s innings could have lost momentum and the big score on offer sidestepped. Hardik Pandya’s blistering 48 and MS Dhoni’s quick-fire 27 ensured that would not be the case and along with Kohli’s typically assured 82 India posted the highest ever total against an Australian side at a World Cup.

Australia’s attack was ill-suited to a confusing Oval pitch. There was a hint of menace with the new ball but little bounce and no sideways movement. How much assistance it offered spin was hard to tell with Adam Zampa bowling poorly and Nathan Lyon not selected. Six bowlers each bowled at least six overs as Aaron Finch chopped and changed in the hope of breakthroughs that rarely came.

Australia now have a mountain to climb but in this new era of massive ODI chases it is far from insurmountable. Find out if they can make history with Adam Collins.