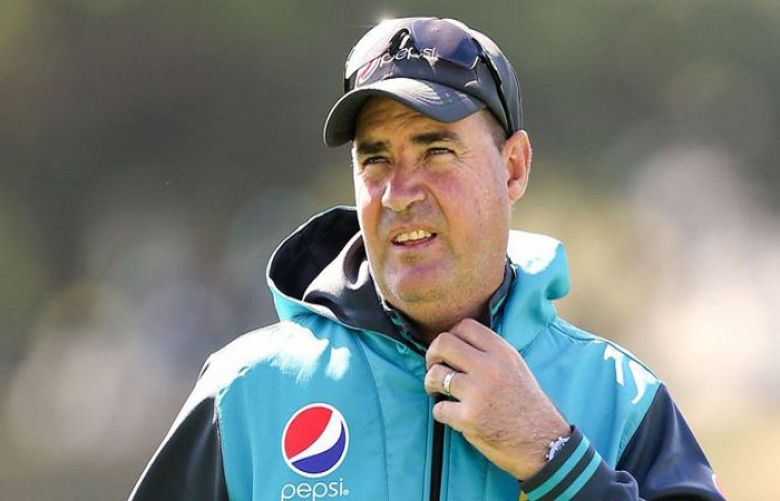 Pakistan coach Mickey Arthur insisted his side would benefit from a 4-0 one-day series defeat by World Cup hosts England when the showpiece tournament starts later this month.

England, the world’s top-ranked ODI side, triumphed by 54 runs in Sunday’s finale at Headingley as, not for the first time this series, Pakistan’s bowling and especially their fielding let them down.

Yet the match was the first time in a completed innings this campaign where Pakistan, bowled out for 297, had failed to post a total of 340 or more.

But Sunday’s game did see Babar Azam follow up his 115 at Trent Bridge on Friday with 80, while captain Sarfraz Ahmed made 97 before being run out in unusual fashion by wicket-keeper Jos Buttler.

Arthur insisted he was in a much better mood now than he had been after Pakistan suffered a humiliating 124 run-opening defeat on the Duckworth/Lewis method by India at Edgbaston in Birmingham at the 2017 Champions Trophy — an ODI tournament they bounced back to win by defeating their arch-rivals in the final.

“People, coming to England, said we were a 280 team. We’ve dispelled that, that’s given our batting unit a massive amount of confidence in the dressing room.”

“The other thing is we’ve played against a team who are number one in the world in their own conditions. I know there’s not too many teams who will arrive in England as prepared as we are in terms of the competition we’ve played against and match-fitness,” explained Arthur, previously a coach of both his native South Africa and Australia.

“All I know is the players are very determined to do well. Every time they go out there they play for 210 million people. We’ll be ready — come the first game against the West Indies, we’ll be ready. I’m as confident we’ll do well as I’ve ever been.”

“Mohammad Amir trained on Saturday. He had 25 minutes on a bike and a gym session. He had another one on Sunday so if selected he’d be ready to go.”

Pakistan’s fielding looked to be improving when they were in England last year.

This latest series, however, saw Pakistan drop routine catches and give away runs with sloppy outfielding.

“It’s been very disappointing,” said Arthur, who insisted the decline in standards was not down to former Australia wicket-keeper Steve Rixon quitting as Pakistan’s fielding coach in September over a pay dispute.

“That’s a real worry for me because we are putting a hell of a lot of effort into it and there’s not a massive amount of reward there at the moment. We’ll just keep knocking away at it though. Fielding is about attitude and wanting to get out there and get it done.

“They [the players] know they’ve been short in this department and they are not happy about it. They are working damn hard at it. “