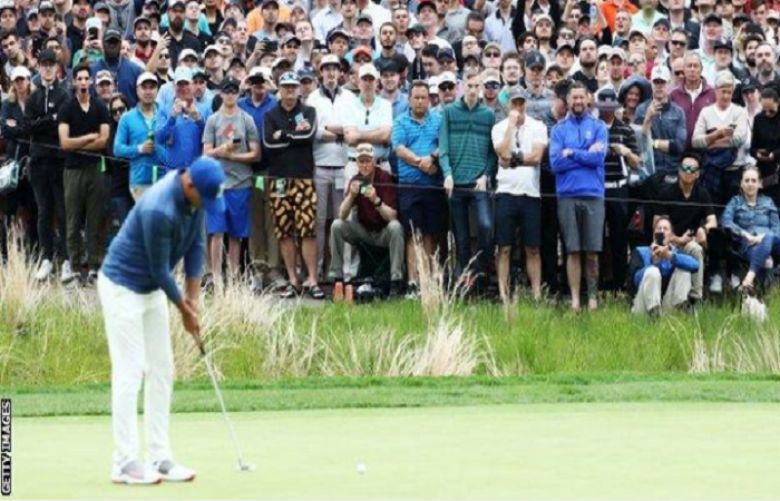 Brooks Koepka extended his lead at the US PGA Championship with the lowest 36-hole score in major championship history as Tiger Woods missed the cut.

The defending champion leads by a tournament record seven shots on 12 under after a five-under 65 in round two at Bethpage Black on Long Island.

Masters champion Woods missed a sixth cut in his past 11 majors on five over.

Jordan Spieth (66) is joint second with Adam Scott (64) on five under, while England's Matt Wallace is a shot back.

Wallace had a run of six birdies in seven holes to put himself at six under but successive bogeys on the seventh and eighth, his 16th and 17th holes, meant he slipped to join a group on four under following a second-round 67.

Northern Ireland's Rory McIlroy, who was among the early starters, posted an improved 71, helped by four birdies on his back nine, but he had an anxious wait to see if his three over par was good enough to make the cut.

The cut mark eventually came at four over, meaning Woods missed out by one shot.

"I've enjoyed being the Masters champion again and the PGA was a quick turnaround. Unfortunately I just didn't play well."