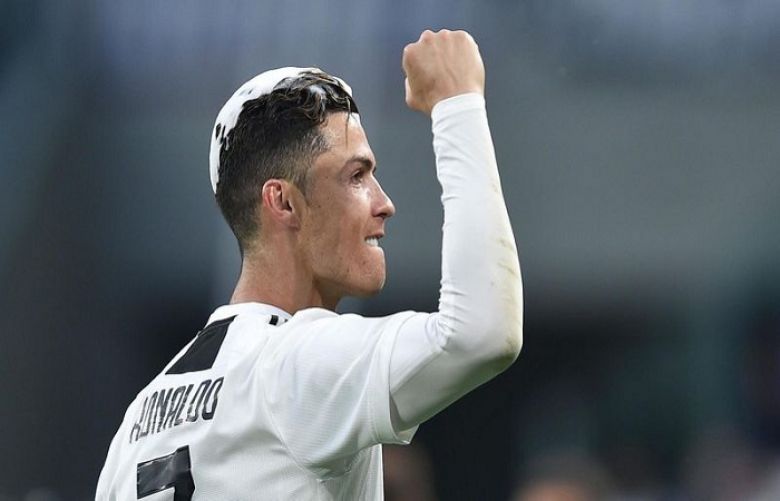 Cristiano Ronaldo said he was "1,000 percent committed to staying" with Juventus next season as he claimed his first Serie A title and Juventus their eighth in a row on Saturday.

Massimiliano Allegri's side had needed just one more point for a 35th Scudetto and their latest title triumph helped ease some of the pain of their shock Champions League exit at the Juventus Stadium to Ajax on Tuesday.

A come-from-behind 2-1 win over Fiorentina was enough to give them a 20-point lead on nearest rivals Napoli with five games to play.

But Alex Sandro's diving header on 37 minutes and an own goal from Fiorentina defender German Pezzella after a Ronaldo cross in the 53rd minute sealed another title to ease their European disappointment.

"It was a great season and I adapted well. We won the Scudetto and the Italian Super Cup, which is not easy to achieve," said Ronaldo.

"It didn't go well in the Champions League but next year is a new page, the fans all want it and so do we.

It was the 34-year-old's sixth domestic league title, having won three with Manchester United and two with Real Madrid, as he becomes the first player to win the Premier League, La Liga and Serie A.

He has scored 19 goals and had six assists, and is in the running for the top-scorer award along with Sampdoria's Fabio Quagliarella, who has 22 goals, and AC Milan's Krzysztof Piatek on 21.

Juventus have lost only two matches, against Genoa and SPAL, with 28 wins and three draws.

Their eight straight title sees them overtake French club Lyon for the record of consecutive victories in the top five European leagues.

The day was a double celebration as Juventus' women's team won their second straight league title since being founded in 2017.