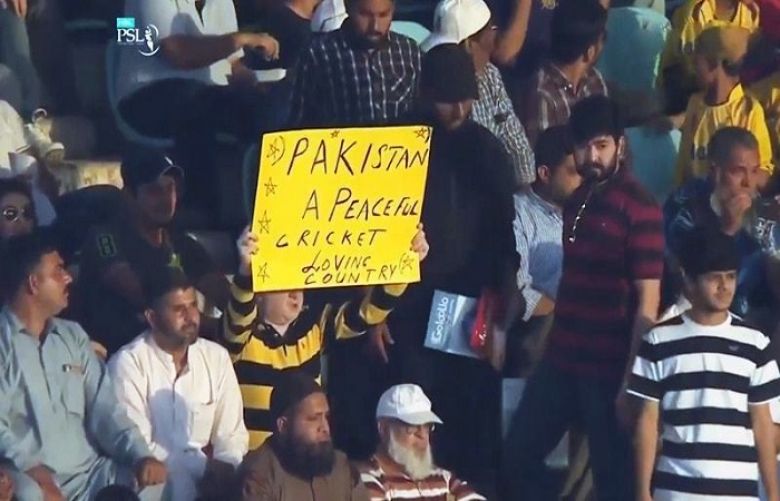 Quetta Gladiators face off today against Peshawar Zalmi in the finale of the Pakistan Super League 2019 being held at Karachi's National Stadium.

Prior to the start of the match, a closing ceremony is being held, which started with a moment of silence observed to pay respects to the victims of the Christchurch shooting in New Zealand.

This is the second consecutive time Karachi is hosting the final after the phenomenal success of last year's final.

The stands are chock-full of cricket-crazy fans; tickets for today's final were sold out weeks in advance.

The match is set to begin at 8pm and in all the major cities of the country, arrangements have been made to view the spectacle on big screens at various clubs, cricket grounds and shopping malls.

The closing ceremony kicked off with charged performances by Abrarul Haq who belted out a live rendition of "Nach majajan" to perfection. Aima Baig sang the classic favourites "Dosti" and "Disco deewane" by Nazia Hasan.

The PSL official song was then performed by Fawad Khan, followed by a high octane performance by Junoon who sang "Zamaane ke andaaz", "Khudi ko kar buland" and "Sayyonee".

A national favourite "Dil dil Pakistan" was also performed by the band.