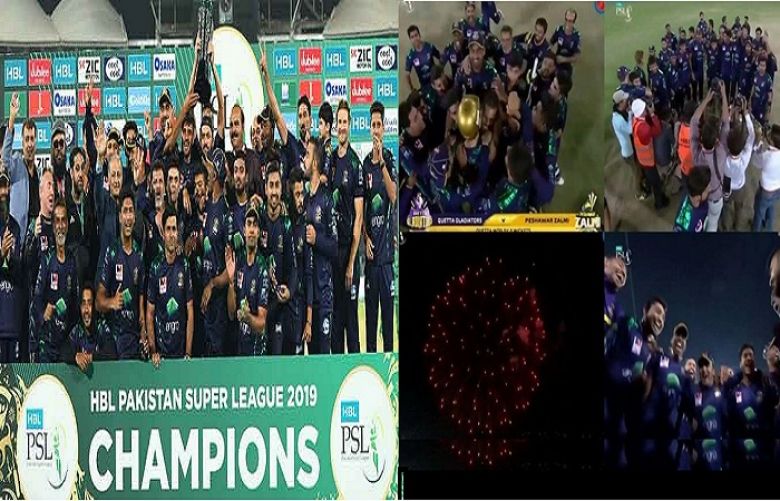 The night belonged to the Quetta Gladiators as the Sarfraz-11 finally lifted the trophy after a comprehensive eight-wicket win over Peshawar Zalmi in the Pakistan Super League-4 final at the National Stadium.

Fast bowler Muhammad Hasnain's 3-30 and Ahmed Shehzad's unbeaten 59 played a pivotal in scripting a decisive victory for the Gladiators.

The Quetta bowling attack restricted Peshawar Zalmi to 138 on the loss of eight wickets. In response to it the Gladiators chased the score in 17.5 overs.

Albeit Shane Watson(7)'s run-out and Ahsan Ali (25)'s soft dismissal by Wahab Riaz, the chase remained a walk in the park for the Gladiators.