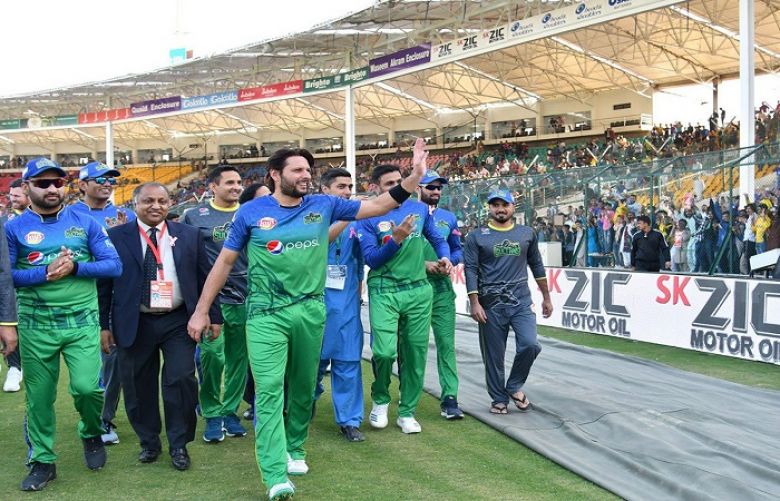 Former skipper Shahid Afridi said on Monday that youngsters playing in the Pakistan Super League (PSL) were getting a chance to play for the national side too quickly.

“I didn’t see anything in batting but there were some bowlers. However, we are giving them a chance for the Pakistan team too quickly. Take some time, keep an eye on them. Make them play some tours of the A team, take them to the academies. Don’t make things easy, let them work hard to wear Pakistan’s cap,” Afridi said after his Multan Sultans team beat Lahore Qalandars at the National Stadium on Monday.

The all-rounder praised all the overseas players who have come to Pakistan to take part in the PSL.

“The name of these international players will be in the history book, because it was their support which led to international cricket returning.”

Afridi playing in hometown said he was ecstatic to play before his hometown fans.

“I need to work out my knee. BPL was great but the pain increased during the PSL because of which I think I struggled. I have time to cover in the future,” Shahid Afridi said.