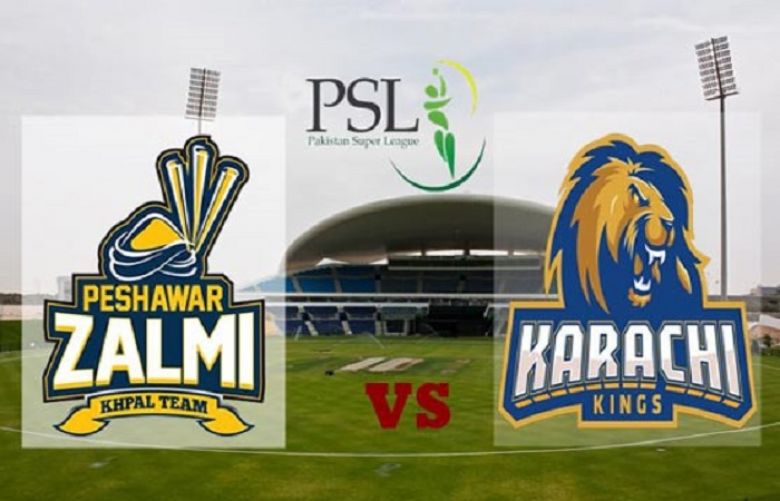 When Karachi Kings and Peshawar Zalmi take the field today, there will be only one thing on their mind: get those precious two points from their Pakistan Super League (PSL) clash at the Sharjah Cricket Stadium tonight.

Both Kings and Zalmi have won one, lost one match so far. But Darren Sammy XI is second on the points table with a better run rate while Imad Wasim-led Kings are fifth.

Kings started their PSL campaign on a high when they defeated Multan Sultans in a close contest by seven runs. However, they lost the next game to Lahore Qalandars by 22 runs.

On the other hand, last year’s runner-up Zalmi took a hit after they were handed a six-wicket defeat by Quetta Gladiators in their opening match. But they turned things around and thumped Lahore Qalandars by seven wickets in the next game.

For the Kings, Babar Azam and Liam Livingstone, the heroes of the game against Sultans, will be the men to watch out for. After hitting a partnership of 105 runs, the highest opening stand for Karachi Kings, the duo will now be ready to take the team to another high total tonight.

In the bowling department, Mohammad Amir who has so far picked five wickets will be roaring to go once again along with Kings' new find Umer Khan, the 19-year-old who picked the wicket of AB de Villiers.

However, Zalmi are not far behind when it comes to star power. Their bowling department which consists of Wahab Riaz and Hasan Ali will be looking to demolish the Kings batting line-up. Add to this the 20-year-old Ibtisam Sheikh, who has impressed with his bowling and fielding skills.

With veteran batsman Misbah-ul-Haq in their fold, Zalmi will be looking to give the Kings a hard time.

The match between Karachi Kings and Peshawar Zalmi will start at 9pm Pakistan Standard Time.